Can you develop grit in yourself and others? 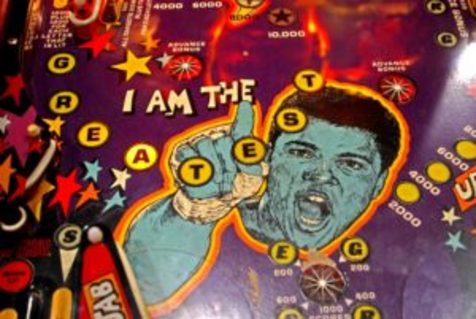 Grit is the combination of passion and perseverance that defines high achievers, according to University of Pennsylvania Professor and author Angela Duckworth.

Highly successful gritty individuals ─ in all fields, including business ─ rely on both their determination and direction, Duckworth says.

For example, the former world boxing champion and activist (peace, human rights and Parkinson’s syndrome) had the reputation of being the hardest working and most principled man in sports. (He also was considered one of the most boastful. But as Ali once said, “It’s not bragging if you can back it up.”)

In her new best-selling book, Grit: The Power of Passion and Perseverance, Duckworth writes about how you can acquire grit.

Before you take these steps though, it’s helpful to know the background about grit and why it matters so much for success.

Many of us get distracted by talent. We think those born with great skills, such as being quick on our feet or with our tongue as Ali, have a head start advantage to attain success. Talent can help but it’s not a magic bullet.

Effort, especially practiced and applied in a disciplined manner, can be even more important than skills. This is true for grit as it is for leadership.

Also important are your beliefs. If you think you can exert some control over your situation, you’re on your way to growing grit.  Having hope and being more optimistic than pessimistic are indicators that you believe your situation can and will get better. In other words, you avoid what psychologists called “learned helpless.”

Duckworth learned these lessons after leaving a management consultant job to teach seventh graders math and science in the New York public school system. She observed that the students who worked harder than others, kept studying, and bounced back from adversity, got the better grades. These grades in turn opened up doors and options for them for new experiences that led to more successes.

Her teaching experience left her with a burning question: “Why do some people work so much harder and longer than others?”

No slouch herself, Duckworth went back to school. She earned a PhD in psychology at the University of Pennsylvania where she now teaches. (She’s also a 2013 MacArthur fellow and founder and scientific director of the Character Lab.)

In her most recent studies and her research, Duckworth has confirmed that having a growth mindset ─ that is believing that you and others can change for the better ─ helps grow and promote grit, especially perseverance.

Duckworth has built on Stanford Professor Carol Dweck’s ground-breaking work on mindset (fixed and growth) that shows that a growth mindset has a positive impact in multiple aspects of your life, as in school, well-being and relationships.

In the work environment, individuals and organizations with growth mindsets adapt better to change, take more risks, are inspired to be more creative and trust each other more. (For more about this, see the blog post Why you don’t want to be #1.)

When you’re more concerned about learning, including learning from your mistakes, rather than protecting what you’ve already achieved, you challenge yourself to keep trying. You also are more likely to bounce back from any roadblocks you bump into.

As for the other element of grit, Duckworth has found that that passion is more about endurance than enthusiasm or intensity. In other words, gritty individuals steadily hold onto their goals over time. Think Steve Jobs, Bill Gates and Oprah Winfrey.

And if you’re concerned that you aren’t passionate enough, don’t worry. In this insightful New York Times article, No Passion? Don’t Panic, Duckworth suggests moving toward what interests you, thinking about how you can best serve others, and continuing to learn skills you can apply.

In her book, Duckworth writes more about growing grit in students than employees, which makes sense considering she’s now a professor and parent of two teenagers.

However, if you’re an organizational leader, you certainly can grow grit in others as well as yourself. The steps you need to take are similar to encouraging a growth mindset, as included in the blog post Why you don’t want to be #1.

And even better, you’ll get gritty if you surround yourself with gritty people who enjoy being gritty. They’ll encourage and support each other as well as you, which will help build a gritty culture that will attract even more grit.

Grit isn’t everything, which Duckworth acknowledges, but it certainly makes life inside and outside of organizations rewarding.

Are you ready to see how you rate on Duckworth’s Grit Scale?

How Your Customers Have Changed and What to Do About it

Use Your Story to Energize, Inspire, and Motivate

Are you disappointing or reassuring with your crisis messaging?
Stay quiet or speak out to your employees about the latest crisis? Yes, this is another dilemma facing CEOs and other leaders in our VUCA (Volatile, Uncertain, Complex and Ambiguous)...
Read more...

Developing Your Leadership Point of View
One of the most important things you can do as a leader is to share information about yourself with your team. Communicating your purpose, values, and expectations is the best way to create an...
Read more...

Are You an Agile Leader?
“All failure is failure to adapt, all success is successful adaptation”, says Dr. Max McKeown, innovation strategy, leadership and culture expert. The statement is meaningful in current times...
Read more...

Making Your First Author Website
Image Source An attractive, well-designed website will do wonders in promoting you and your books. What: Create an author or book-focused website which directs readers to...
Read more...

Three Pivotal Questions To Ask Yourself Before The New Year
Working as I have for over 30 years – first as a corporate executive, then a marriage and family therapist, and now career coach, I’ve worked with thousands of people to overcome virtually...
Read more...

Change Your Questions, Change Your Results
Discovering the Power of Self-Questions in Life and at Work Many years ago, I had a personal breakthrough in thinking that changed not only my own life but also became the foundation for my work...
Read more...

Can we ever be clear with each other?
Over the past couple of months I have come across Gervase Bushe’s Clear Leadership method being promoted by a number of OD practitioners and institutions, so I thought it would be worth spending...
Read more...