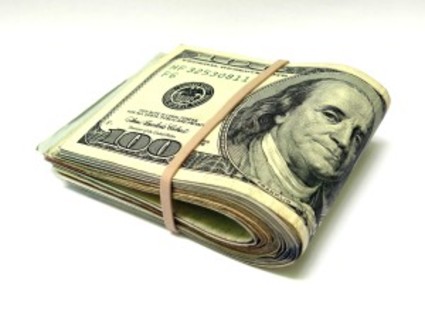 What do being clever, being “PC” (political correct) and being tenacious all have in common?

The unintended consequence of miscommunication between sender and receiver.

When senders are dogmatic about a topic or issue, they tend to form their messages in ways that resonate best with them.

With this “Father knows best” attitude, they move full force ahead, not fully taking into account either the receivers’ points of view or how the receivers will react.

Because the receivers are getting messages that they perceive as off-the-shelf rather than custom for their situation, they sense danger and brace themselves to freeze, fight or flee.

When the brain detects threat—whether perceived or real—threat becomes the focal point of attention—especially as the receiver. It becomes hard to redirect attention.

How do we know this?

Based on fMRI scans—the type of brain scanner that collects images of oxygen use inside an individual’s brain that allows researchers to observe brains of live humans—and supporting studies, we know how the brain reacts to threats and rewards.

When feeling threatened, an individual starts thinking differently—in a way that puts him or her at a disadvantage.

Here’s an example of how this can play out at work from the perspective of the receiver.

Let’s say you’re a successful salesperson who earns most of your pay through commissions based on your individual performance.

You hear that your company is changing is compensation program. There will still be an incentive component; however, it will be team-based rather than individual-based because the company wants to encourage greater collaboration and cooperation among team members/sales staff.

You feel an immediate sense of loss on multiple levels.

You’re losing a program that you’re familiar with and you like.

You’re losing the ability to earn pay based on your individual performance.

And last, but certainly, not least, you’re losing status as the “Number 1” sales person. Individuals can’t stand out as much on the new team. (And while many of us like to say status doesn’t matter to us, our brain has a different reaction. How we rank among our peers is important to us.)

Faced with all of these losses, you find that your field of view of view narrows. You feel cornered, not able to think clearly or analytically. It’s hard to crunch through the numbers and calculate exactly how your pay may change.

And for thinking creatively now about how you might adapt under the new system, forget about it! It’s especially hard to contemplate about you could become a better team member to help increase everyone’s compensation.

Furthermore, adding to your woes, you have trouble remembering things you just heard or experienced. What was the percentage of that team bonus? What’s it calculated on? When will it take effect? Will I be grandfathered? Who do I need to contact today?

And even worse, you can become much more pessimistic, even if you usually have a sunny disposition.

These effects are generally short-term, but long enough to make yourself uncomfortable and possibly take actions you may regret later.

As for the senders of the messages—both the creators of the new compensation program and the messengers delivering the news about the new plan—they too can feel threatened when they get a poor reception.

Their level of distress won’t be as high as those feeling the pains of loss, but the quality of their thinking can suffer too.

(If you’re interested in learn more about this, check out David Rock’s easy-to-read, informative and useful book, Your Brain at Work: Strategies for Overcoming Distraction, Regaining Focus, and Working Smarter All Day Long.)

So what to do if you’re in the sender position and need to influence people?

You want to make losers feel like winners—or at least not the chumps of the change you’re introducing.

Strive to be “BC”—brain correct—in your communication and your actions.

Being brain correct—or the pleasanter term “brain friendly”—is based in neuroscience.

When you’re “BC,” you recognize and remember that the brain is designed to minimize danger and maximize reward.

Threat is faster acting, stronger and longer lasting than reward. For most of the time humans have been on earth, our brains have worked very well to sense and respond quickly to danger, a la “fight,” “flight” or “freeze.”

However, as humans have evolved into knowledge workers, researchers have determined that knowledge workers perform better when they are able to work in a “toward” state (positive with rewards) rather than an “away” state (negative and threat).

Putting people in a “toward” state isn’t easy when you’re introducing change, especially changes in compensation. It is possible though if you take a “BC” approach and further customize how you communicate on an individual level.

For example, the retail organization that’s in the process of making these compensation changes adopted these brain-friendly actions:

When you’re a sender of messages, you’ll discover that being brain-friendly in your communication at first takes more time and effort on your part. However, once you get the hang of it and reap the benefits, you’ll discover what the scientific research supports.

A brain-correct (BC) approach is the most effective way to communicate. By reducing the threats, you reduce the noise in the system and help the signals and messages get through.