Larry Ackerman is a leading authority on organizational and personal identity. He is the founder of The Identity Circle, a consulting and coaching firm based in Westport, Connecticut that helps organizations and individuals thrive. 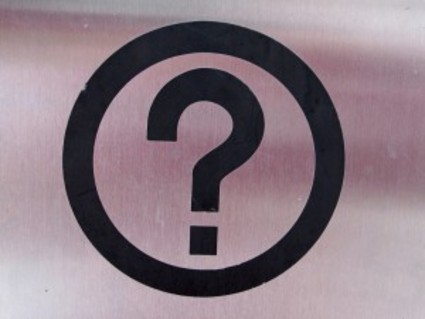 People typically call on consultants (internal or external) when they have problems and want help fixing them. Sometimes they’ve already decided what the right solution is and just want validation or else they want help implementing the idea they already think is right. Often, however, the way they’re framing the problem actually gets in the way of solving it. As Einstein famously said, “We cannot solve our problems with the same thinking we used when we created them.”

An inquiring consultant is well aware of this. While respecting the client’s point of view, inquiring consultants are deeply curious about the whole situation, including context, goals, and difficulties. They ask enough quality questions to discover what’s really going on and what would actually make a significant long-term difference.

Kathy Telban first learned about our Question Thinking approaches and tools when she was working at Cuyahoga Community College in Ohio where her job focused on assessments for learning outcomes. Her QT training led to her catalyzing some unexpected directions that were adopted so successfully that the campus was publically acknowledged for their work in creating a “Campuswide Culture of Inquiry.” You can read about this at http://inquiryinstitute.com/blog/tri-c-a-campuswide-culture-of-inquiry/.

I was curious about what attracted Kathy to our QT work and also to the Chief Question Office Certificate Program. She said, “What drew me was that I had been observing in meetings how infrequently people asked questions, they would just jump to solutions without really truly understanding the larger context. I was perplexed because it seemed that everywhere I looked people lacked discipline in asking questions to really understand before trying to solve something. The business world places so much pressure on us to be solution-oriented, to identify problems and resolve them quickly and completely. But how can we be sure we’re truly solving a problem if we don’t invest the time to formulate and ask the right questions in the first place? I knew we were having some problems with our assessments, but we hadn’t figured out what would really help. That’s when I stumbled upon an article about your work and the Inquiry Institute, and I thought, ‘Oh. I can learn more here.’”

Kathy described what happened following the workshop. “After I went to your training in Princeton, I returned to work and participated in a meeting about how we were using assessments. In order to address some problems we were having, we had decided to create what we called ‘a culture of evidence.’ In that meeting, we were looking over some documents and suddenly I had an epiphany and blurted out, ‘Oh, it’s not only about evidence. It’s really about inquiry!’ They all looked at me and said, ‘Wow. I like that better.’ That’s when we began our work on creating a culture of inquiry. Soon after that, the director of assessment, who worked for me, led a webinar on what the college was doing with their assessment software and he addressed creating a culture of inquiry in assessment. Attendance at the webinar was one of the highest ever and soon other colleges got interested in that notion of creating a culture of inquiry around assessment of learning. If we had stayed with the old idea of focusing solely on evidence rather than emphasizing inquiry none of that would have ever happened.”

Kathy is now an independent consultant, having opened her own company. You can read about her work at iSOLVit, LLC. She believes that being an inquiring consultant helps her bring important perspectives to the table that differentiate the value of what she provides. As an example, she described a recent consulting engagement with another community college that had for a long time been trying to make headway with their assessments, but with frustrating results. She explained, “Some of the committee members started to complain that even though I was giving them pertinent information, I wouldn’t tell them what to do and I wasn’t supplying them with the right answers. Then the committee chair, who was a faculty member as well as the union president told them, ‘Kathy is not going to tell us what to do. She wants us to think for ourselves and come up with new solutions that we can own and that we will fully implement.’ That felt like a graduation moment for me.”

I look forward to sharing more such anecdotes and examples of inquiring consulting from our Chief Question Officer graduates as time goes on. I love that they come from such diverse settings and approaches. In the CQO Program coming up in Princeton this October, our participants include those traveling here from Norway, Taiwan, and Brazil. This is going to make for a fascinating and rich Cohort experience! Later you’ll hear about them too.

Thank you for sharing!

How to Provide Real Help Faster

A Strategic Process to Improve, Measure, and Sustain Organizational Results

The Consultant
An efficiency consultant concluded his lecture with a note of caution, "Don't try these techniques at home." "Why not?" asked somebody from the audience. "I watched my wife's routine at...
Read more...

Five Questions About The National Inquirer
Chris Rodell is an author and journalist who has worked for some of the most established magazines and media outlets in the country. He has also published two books with OBE and has received a lot...
Read more...

Press Release: Humble Inquire by Edgar Schein
Humble Inquiry: The Gentle Art of Asking Instead of Telling by Edgar H. Schein “I have had the privilege of working with Ed Schein. Reading Humble Inquiry I could hear his voice asking me...
Read more...

Five Ways Consultants Do More Damage Than Good
Buy Karen's Book Here Karen Phelan's latest book focuses on management consultants and how they can often do more damage than good. --&gt; Bringing in outside...
Read more...

Candidates and Consultants: Separating Fools from their Money
New Orleans    Donald Trump makes one point that is both compelling and increasingly incontestable, arguing essentially that political campaign consultants, media and mail pros, and even...
Read more...

Con + Insult = Consult
Dogbert figures out that given his passions and interests, consulting is the way to go...
Read more...

Bankers Vs. Consultants
A hilarious mock-battle (via rap) between bankers and consultants. See how many consultant and finance buzzwords and phrases you can catch (including the now legendary two-by-two matrix that is the...
Read more...