It’s What’s Inside That Counts: The Triumph of Intrinsic Motivation

Laura Stack is an award-winning keynote speaker, bestselling author, and leading expert in the field of human performance and workplace issues. She is the president of The Productivity Pro, Inc., which specializes in productivity improvement in high-stress organizations. 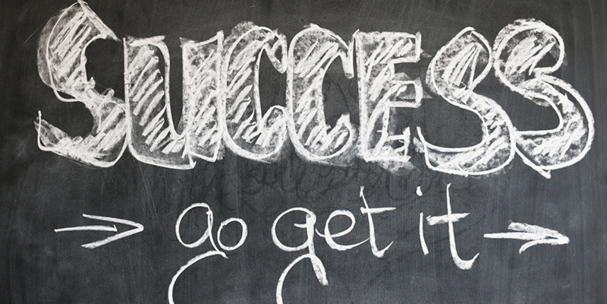 To the shock of many managers and executives of the older generations, throwing extra money and privileges at underperforming workers no longer causes them to perk up and start producing like they should. Oh, it helps on occasion or temporarily, especially for younger workers and during economic downturns. But increasingly, motivations imposed from the outside simply fail. To many leaders, this seems bizarre, but they’re viewing the picture only from their own perspectives; they assume what would work for them works for everyone. But it doesn’t always work, especially with well-educated Millennials who have more career opportunities than ever—including the option of working for themselves.

Today’s workers are interested in doing more than surviving the rat race—money doesn’t always rule. (Click to Tweet!) Once their immediate needs for food, water, and shelter have been met, workers become interested in the other things on the Maslow Hierarchy of Needs, and those factors flow primarily from personal satisfaction and other emotional triggers.

While most workers would be happy to get better pay and benefits, only a small percentage are actively looking for new jobs at any given time. Sure, Millennials in particular have shallow roots; they’re content to move as far as another country if the company asks, as long as they’re compensated in some way and feel like what they’re doing is worth the effort. And there’s the crux of the matter.

There’s usually plenty of work for the specialist in the Western job market, and once someone finds a comfortable rung on a corporate ladder, they tend to stay put. That does not, however, mean that they’re especially engaged in their work, willing to put in more than the requisite amount of time and effort; they’re more likely to turn discretionary effort toward hobbies, family, and friends. A few thousand dollars extra won’t sway most workers from their comfort zones, nor will a cheesy “initiative” prize or even a vacation to Hawaii if their team wins the corporate sales event. No, most of us are better motivated through absurdly cheap, even free gestures. Call it ego-stroking if you like, but we want to feel good about what we do for a living, and know that it makes a difference to the company and to the world.

Today’s worker is less interested in cold, hard cash than in what some think of as “touchy-feely” rewards. Mostly, it boils down to four basic needs:

Makes sense, doesn’t it? Don’t you want these things? Fortunately, many organizations and leaders already have processes in place to address these needs.

Giving Your Teammates What They Want

We all know a little public praise goes a long way toward a worker becoming fully engaged, or staying that way—and it doesn’t cost a dime. Even if you’re an authoritarian, it’s not hard to pat people on the back and tell them, in front of their peers, what a fine job they’re doing. Adding a monetary bonus just emphasizes the message.

If you maintain a blame-free environment where workers aren’t punished for taking chances or making minor mistakes, then they’ll be more likely to take ownership of their jobs. That’s the first step toward true engagement: having a say in how they do their work. Allow them to brainstorm, actually listen to their ideas without cutting them down before they mature. At the same time, realize that as times change, failed strategies may now work, either because society, cost reductions, shortages, or new technology have made them viable.

The most difficult of the four intrinsic motivational factors to meet may be helping people do their work well. Sensible organizations provide regular training to keep their workers up to date on necessary skills. You may also encourage workers to take classes on their own time to increase their personal ROI, paying for the classes if they maintain a certain GPA. That’s an attractive notion, and it can pay off by flipping the reciprocity switch: since you’ve educated them, most people will respond by continuing to work for you and putting in more discretionary effort. It doesn’t always work, but most of the time, you get more out of the deal than you put into it, and that’s the very definition of profit and productivity.

The Point of It All

As Western workers have become better educated and more productive, we’ve reached a point where we’re less likely to live from payday to payday. Security allows our personal needs for validation to come to the forefront. If you can make sure you and your team have meaningful work they have a say in and work they can do well that moves the organization toward its ultimate goals, life will become easier for all of you—and you’ll shine with the bright light of productivity.

The irony is how inexpensive it all is. At the most, it involves a change of attitude—and a dedication to providing the training people need anyway to become better workers. In such an environment, higher engagement becomes all but inevitable.

© 2016 Laura Stack. Laura Stack, MBA, CSP, CPAE is an award-winning keynote speaker, bestselling author, and noted authority on employee and team productivity. She is the president of The Productivity Pro, Inc. a company dedicated to helping leaders increase workplace performance in high-stress environments. Stack has authored seven books, including Doing the Right Things Right: How the Effective Executive Spends Time (January 18, 2016). She is a past president of the National Speakers Association, and in 2015 was inducted into its exclusive Speaker Hall of Fame (with fewer than 175 members worldwide). Stack’s clients include Cisco Systems, Wal-Mart, and Bank of America, and she has been featured on the CBS Early Show and CNN, and in the New York Times. To have Laura Stack speak at your next event, call 303-471-7401 or visit her website.

Finding the “motive” in motivation
For decades, management science has concerned itself with researching and developing sophisticated systems for understanding and unleashing employee motivation. In organizations, we’ve...
Read more...

The Triumph of Substance Over Style: 5 Ways to Prove Your Worth
Perception creates reality in most people’s minds, but this tendency can lead you astray. You set the tone for your team, so make a commitment to putting substance over style. Refuse to lock your...
Read more...

Do you believe in the triumph of truth, justice, and localism?
Last week, I attended BALLE’s conference on the growing Localist Movement. Localists shop at Main Street stores and farmer’s markets instead of Wall Street’s big box stores and malls. But the...
Read more...

Rethinking 5 Beliefs that Erode Workplace Motivation
Can you fill-in-the-blanks on these common workplace belief statements? It’s not personal, it is just ________. The purpose of business is to _____ _______. We need to hold people...
Read more...

Five Beliefs that Erode Workplace Motivation, Part 2
My previous blog challenged you to complete five common statements related to motivation. It wasn’t much of a challenge. These beliefs are so deeply embedded in our collective psyche that they...
Read more...

Methods of Motivation: Adding Team Incentives to the Mix
“When you want to succeed as bad as you want to breathe, then you’ll be successful.“ – Eric Thomas, American motivational speaker.  One of the eternal quests of the modern business leader is the...
Read more...

The Not So Shocking Truth: 3 things to stop doing that undermine Optimal Motivation
“Shocking! This is shocking.” The manager was responding to a slide on the screen that declared: As a manager you cannot motivate anyone. “Shocking,” he exclaimed again before I could put up the...
Read more...

If You Cannot Measure It …Five beliefs that erode workplace motivation (Part 5)
As we have discovered with all five of the eroding beliefs in this series of posts, completing this statement falls off the tongue:  If you cannot measure it, it doesn’t matter. I was a longtime...
Read more...

Making Meetings Count
Are your meetings more about having a nice discussion and eating lunch or all about direction and action? These two types of meetings look distinctly different and, consequently, deliver two...
Read more...

Count your blessings one by one
The sun was beaming and radiating as I strolled down Myrtle Beach in South Carolina. On my journey, I made a new friend. She provided me with a few words of inspiration. She shared about how her...
Read more...