Phyllis Tickle dies at 81… May she rest in peace and rise in glory! 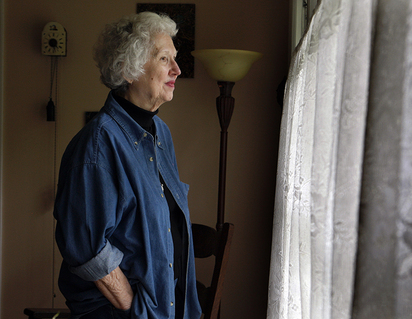 It is with a mixture of sadness and joy that I pass along the news that Phyllis Tickle − author, speaker, thought leader, and a friend and mentor to me and to many − has died at 81. With sadness because she was taken from us mere months after a diagnosis of lung cancer (“the cough from hell,” as she put it). With joy because we can celebrate hers as a life well lived in the service of the Church she well loved.

I will remember her as a thoughtful and articulate public theologian, willing and able to translate the faith to new generations and courageous enough to risk speaking to the Church about what the future might hold for it, depending on the choices its leaders made. I fondly remember the time I volunteered to drive her from a clergy conference she had led at Shrine Mont in Orkney Springs to Washington National Airport in Alexandria, VA. It was a wild ride, not because of my driving, but because we had the opportunity to speak for two and a half hours about everything from religion to faith to quantum physics to the ultimate nature of reality.* She inquired about my own writings on those subjects, and as a result encouraged my to write my first book, “Paradoxy” (which she later was kind enough to offer to shop to publishers on my behalf). Plus, I got to get out of the rest of the clergy conference, so it was a real three-fer.

Phyllis Tickle: She will be missed by many, not least of all by me. May she rest in peace and rise in glory!

* Note: Ultimately, Phyllis and I disagreed on the ultimate nature of reality. She interpreted quantum phenomena as supporting the Bohr-Heisenberg “Copenhagen Interpretation” (that observation creates reality), while I expressed a great deal of sympathy for the “EPR” (Einstein–Podolsky–Rosen) critique of Copenhagen and leaned towards Everett’s “Many Worlds Interpretation” (aka MWI or Many Worlds or Multiverse). Still we were able to agree upon three things about quantum physics: (1) that Schrodinger was an cat abuser, (2) that quantum entangled states are way cool and profoundly spiritual, and (3) that how the name “Reagan” became entangled with an airport was beyond human knowing.