Hit & Run: A Missed Opportunity for the (Episcopal) Church 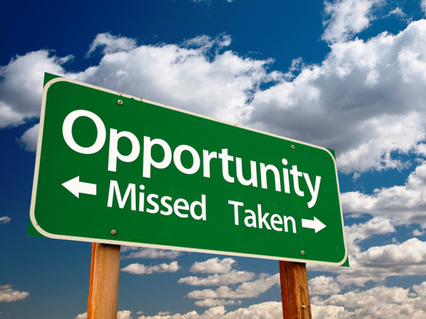 It was five months ago today in Baltimore that Heather Cook, the newly installed Suffragan Bishop of the Episcopal Diocese of Maryland, while drinking and driving (and texting), struck and killed bicyclist Thomas Palermo…and left the scene…twice. Since that time Bishop Heather was charged with vehicular manslaughter, drunk driving, distracted driving, and hit and run. The Bishop of Maryland asked for her resignation. The Presiding Bishop of The Episcopal Church convened a Title IV disciplinary investigation. Ultimately, the three reached a settlement in which Cook resigned her episcopal position and voluntarily agreed to be “defrocked” (i.e. deposed from her ordination) and the disciplinary investigation ended. It is said that “the wheels of criminal justice turn slowly,” but since the facts are not in dispute, it seems likely that Heather Cook will be convicted, will serve time, and that justice, imperfect as it is, will have been served.

But tragedies like this don’t happen in a vacuum. Just like alcoholism often takes place in a family system that has becoming perfectly balanced to enable and perpetuate the alcoholic, behaviors like those of Bishop Cook happened in the context of an organizational system that has become perfectly balanced to enable and perpetuate those kinds of behavior. Which means that tragedies like these are an opportunity for the the systems in which they occurred to take a self-critical look at the ways their systems and cultures may have been complicit and to discern the actions they must take to become healthier and less enabling.

At the immediate diocesan level and to a great extent, the leadership of the Diocese of Maryland has done that. Compared to the process that resulted in Cook’s election, the post-tragedy diocesan response has been courageous, transparent, and largely without defensiveness. The Bishop of Maryland, Eugene Sutton, a friend and colleague of many years, has pledged a review of search and selection process that resulted in the election of person with obviously uncontrolled alcohol problems, how those problems continued to be observed without intervention up to and including the eve of her consecration. Just as important, Bishop Sutton has declared the Diocese of Maryland a “diocese in recovery,” and promised honest critical introspection into how the culture of the diocese enabled the kinds of behavior that led to this tragedy.

I hope and pray that Bishop Sutton and his people will follow through on that pledge and carry out its recommendations. So far, I have to say, I have been very impressed with Bishop Sutton’s response and that of his people.

The Church as a whole? Not so much…

Since this tragedy became public, the singular response of just about every other diocese in The Episcopal Church has been to hold an all-day or half-day seminar on alcoholism or substance abuse. At the denominational level, the leadership has encouraged the kind of alcoholism awareness training that has taken place in in local dioceses. And there have been a number of calls for this year’s General Convention to be “dry” (alcohol free), or at least to take steps to ensure moderation at convention events and diocesan.

Not that there’s anything wrong with these actions, per se. It’s just that they betray a way of thinking that the driving force behind this kind of tragedy is something particular to Cook or the Diocese of Maryland or its leadership. And that there is some kind of quick fix that the rest of us can put in place that will somehow inoculate ourselves against it happening to us.  Case closed. Problem handled.

And an opportunity missed.

If all we do as a church make changes in one diocese’s search procedures, hold a few hours training on alcohol abuse, and hold one (or more) dry (or dryer) general convention, we will have missed a huge learning opportunity. We will have turned away from the kind of “a searching and fearless moral inventory” of ourselves and our ecclesiastical family systems that might otherwise lead us to greater health and wholeness.

Single-day training sessions can teach us the obvious lessons: Don’t drink to excess. Don’t drink and drive. Don’t drug and drive. Don’t text while driving. Don’t leave the scene of an accident. Don’t keep secrets. An analysis of the mistakes on diocese made in its discernment process will obvious provide some transferable learnings for other diocese’s about their procedures.

But what about the deeper, less obvious and more systemic lessons we need to learn?

I’m not sure there are any quick answers. But I do know that getting to healthy answers will require fearless, self-critical introspection and examination at every level: individual followers and leaders, guilds and committees and the congregations of which they are a part, dioceses and synods, national churches and denominations, and the whole Church. We will have to begin to ask ourselves provocative and uncomfortable questions – questions like:

It is not easy to ask such questions of ourselves and of our institutions. They do not lend themselves easy (or even consistent) answers. In fact, they may lead us to deeper and more uncomfortable questions, or to answers that may disrupt “safe” but unhealthy ways of being and doing church that have taken us generations to settle into and may require additional generations to fully break out of.

Yes, the Church is the body of Christ, and as such, God can work through us to transform the world. Yet, we must never forget that the Church is also a human institution, subject to every human weakness, error, and sin – including willful blindness – and as such, is capable doing great harm…even evil.

At its start almost two decades ago my congregation, St. Nicholas Episcopal Church, affirmed a vision credo which states our aspiration to be “A Place to Belong! A Place to Become!” In the time since this senseless tragedy, not a day has gone by that I haven’t given thanks for those two mutual callings, because, taken together, they define the tension that the we in the Church must maintain to keep the body of Christ healthy. “A Place to Belong” requires acceptance, forgiveness, and LOVE. “A Place to Become” requires transparency, accountability and LOVE.

Indeed, one might say, “the greatest of these is LOVE.” Not mushy affectionate love, not make me happy love, but the kind of LOVE that the crucified and resurrected One taught us. And that kind of LOVE might best be defined as forgiveness and accountability in dynamic tension, held within a relationship of mutual commitment.

That kind of LOVE is not easy, but hard. In fact, it’s beyond hard. Without the love of Christ surrounding us and filling us and flowing through us, we are unlikely to have sufficient desire, let alone capacity to LOVE like that.

Yet that’s the kind of LOVE to which our Savior has called us.

Which makes it a blessing that God doesn’t require us to be successful, only faithful.

As always, I offer these thoughts and questions, I not with a sense of self-righteousness, but with a deep sense of my own shortcomings and sin. I cannot be certain that I would do better than she did. I came to the realization years ago that given the right set of circumstances, there is no sin that I am immune to committing.

Ken Howard is the Rector (Episcospeak for “senior pastor”) of St. Nicholas Episcopal Church in Germantown, Maryland, a parish of the Episcopal Diocese of Wasington. He is the author of “Paradoxy: Creating Christian Community Beyond Us and Them,” “Excommunicating the Faithful: Jewish Christianity in the Early Church,” and to the forthcoming book, “Faith-X: Experimental Christianity for a Church Beyond the Event Horizon.”

In a previous career iteration Ken was director of a drug and alcohol crisis intervention hotline and coordinator of a DUI program for the Virginia Beach Community Services Board, coordinator of community substance abuse prevention for the Chesapeake Virginia Community Services Board, and training director for the Virginia Department of Mental Health, Mental Retardation, and Substance Abuse Services.

The 12 New Rules for Work and Life Success

Missed Opportunity
Image by AFP/Getty Images via @daylife Executive compensation in the United States has risen dramatically in the last 30 years. The difference between the lowest-paid employees in major...
Read more...

Ten Ways the Church is Like Downton Abbey
By Ken Howard &amp; Wendy Dackson [Simulblogged on Paradoxical Thoughts and Past Christian] It all started a few days ago, when Ken came across an Episcopal Church Meme on Facebook and reposted...
Read more...

Time for a searching and fearless moral inventory of our church
The Rev. Ken Howard On Saturday, December 27, the newly installed Suffragan Bishop of the Episcopal Diocese of Maryland, Heather Cook, was involved in a hit-and-run accident in Baltimore, in...
Read more...

Is Netflix's Big Miss A Buying Opportunity?
Netflix -- in which I have no financial interest -- fell short of its estimate for new subscribers for the second quarter and its stock plunged nearly 14% after-hours on July 18. Is this the time...
Read more...