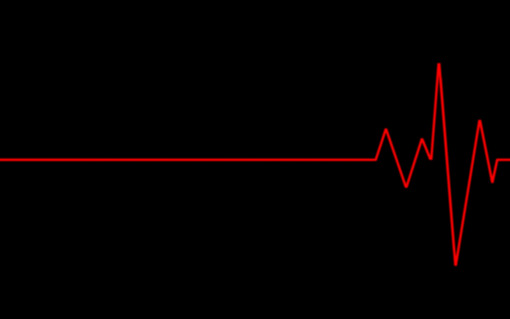 This is the third (or fourth, depending up how you count), in a series of blog posts on the Episcopal Resurrection movement. The first discussed the Memorial to the Church. The second (or second and third) discussed Resolution D005 on Planting Churches. In today’s post, we turn to Resolution D009 – “Revitalization of Congregations.”

Now you’re probably saying to yourselves, “That’s a lot of money.”

Actually, if we take into account that we’ve been closing almost 10 churches a year (more than 100 a decade) since the late 60s, and if we realize just how difficult it is to change de-vitalizing behaviors that have developed over decades, we begin to realize that $1 million is not even close to the real cost. If we are going to get real about this, everyone is going to have to dig deep, not just TEC, but dioceses and congregations as well.

Even we had all the financial support we might want, congregational revitalization still would be a complex and difficult task. Real congregational vitalization requires so much more than mere funding. It requires but an opening of blind eyes, a softening of hardened hearts, and a strengthening of will.

Real congregational revitalization requires: (1) opening our eyes to the fact that we are dead, (2) opening our hearts to a desire for new life, and (3) strengthening our will to believe hear, believe, and act upon the ways that God is calling us to change if we are to experience resurrection God is holding in store for us.

The first requirement may be the hardest of all. After all, no church wants know that it is dead. And like any human organization, churches can keep themselves from seeing the signs of their decline for a long time. Established churches have a lot of inertia behind them: built-and-paid-for building, families that have known each other forever, settled ways of doing things. It wasn’t a typo earlier when I compared de-vitalized churches to the undead. Like Zombie Churches, they can shuffle along for years after their brains and hearts have died. And if a de-vitalized church has an endowment from which to feed, they can keep shuffling along for decades.

Like the proverbial frog in the proverbial pot on the proverbial stove, death is so slow in coming that congregations often fail to notice the damage being done to their life processes until it’s almost to late to reverse the damage. The de-vitalizing behaviors develop so gradually and have been practiced for so long, that they seem normal. It’s a real bind. If you could catch those de-vitalizing behaviors before they become so ingrained and habitual, the behaviors themselves would be easy to modify. Except the leaders and congregation seldom notice until much later, when a minor course correction won’t work any more, and more drastic measures are required.

Sadly, the community around a de-vitalizing parish usually knows the church is dying long before the congregation comes to terms with it themselves. Often they have stopped paying attention to their context long ago, staying inside their buildings in both the literal and the figurative senses. And the community around them is returning the favor. They are that old Monty Python skit, “The Late Parrot,” in which the customer insists the bird the shopkeeper is trying to sell is dead, but the shopkeeper keeps insisting, “No ee’s not. Just napping.” A lot of de-vitalizing parishes have been trying to sell our communities dead parrots for years without even realizing it.

As Steve Pankey rightly points out, not every congregation can (or wants) to be saved. Some would rather die than change. Some will simply need to be convinced by their dioceses that it is time to turn off the life support, pastorally companioned into death, and given a decent burial, with a memorial that remembers when they were vital, growing, and communicating the Good News of resurrection life. But there are others that show signs of potential for new life: who admit that they are dead and who are willing to be resurrected. It is in these congregations that we must invest, so that they might rediscover the vision, the love, the energy, and the imagination to find new ways of doing – but more importantly being – Church and of sharing the Good News of Jesus Christ in a world of rapid change and increasing uncertainty.

The Simple Solution for Successful Coaching

A Guide for Social Entrepreneurs

#EpiscopalResurrection #GC78 – Rez D009: Revitalize Congregations – Death Before Resurrection
By Ken Howard This is the third (or fourth, depending up how you count), in a series of blog posts on the Episcopal Resurrection movement. The first discussed the Memorial to the Church. The...
Read more...

#EpiscopalResurrection #GC78: Rez D003: Amend Title V – “Merging Dioceses Ahead”
By Ken Howard I’ve interviewed for many executive positions in my day, both before and after my ordination. Once they’d finished interviewing me and it was my turn to ask them a...
Read more...