Why The Christian Church Should Let Refugees Sleep In Their Apartments

Katie is the Editorial and Digital intern at Berrett-Koehler, a third year student at Westmont College, and a habitual overcommitter. She currently lives and writes in San Francisco. 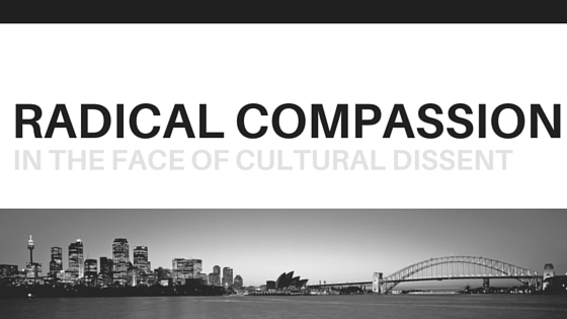 Today, I stumbled across a site on my newsfeed. “Google Fortunetelling,” the link told me. I clicked on the site, intrigued, and somewhat expecting a legitimate answer to my question, because Google know all.

As soon as I start typing into the search bar, the site starts to complete the question for me, saying “Where can I find a safe place?” Immediately afterwards, I am directed to a page that says “OF COURSE WE CAN’T PREDICT YOUR FUTURE. But 60 million refugees ask themselves every day if they have a future at all.”

The page, while different than my original expectations, brought to the forefront of my mind the crisis of millions and millions of displaced persons in crisis. Visitors to Google Fortunetelling (not a Google creation, but by a Dutch company committed to raising awareness,) could take action, like donate or share the page on Twitter and Facebook.

I will be upfront about my views at this point - I believe the United States should accept these refugees, and I am disappointed that the conservative right - the side that considers Christian faith in their policy - has has not given a unanimous YES when considering this issue. In fact, there has been pushback from many members of the church, which is disturbing to me. I will also be upfront about the fact that I am a member of said Christian church.

In fair consideration of all sides, several events may provoke fear responses in those opposed to accepting refugees:

One, the recent Paris attacks by the Daesh; two, the San Bernardino shootings in California by a radicalised man and his wife; and three, the 9/11 attack which provoked Islamophobia among the general public. These events are absolutely tragic and in no way excusable.

However, as a manifestation of these fears, presidential candidate and Republican Donald Trump recently called for a “total and complete shutdown” on all Muslim immigration to the United States. It’s rightly being called out as a complete lack of respect of human rights and a humanitarian failure, and contrasts his refusal to address other safety concerns in the US - namely, gun control.

Donald Trump fortunately doesn’t have power to make decisions on the fates of the refugees - but unfortunately, many other people in power have adopted similar viewpoints - over thirty states elected to ban these refugees from entering the US. They, without the Federal government don’t any power to do so, as proven by Texas, who has now settled eight refugees within its borders, and Obama plans to resettle 10,000 refugees by February.

It should be noted that only about 2.3% of refugees that the US will accept are Syrian, and about 22.8% of those are men (according to this site), as opposed to the 77% that Ben Carson said.

It is strange that those who are hoping to lead the country from base beliefs of nationalism and Christianity and yet choose to ignore what is written on the base of the Statue of Liberty, below:

“Give me your tired, your poor,
Your huddled masses yearning to breathe free,
The wretched refuse of your teeming shore.
Send these, the homeless, tempest-tossed, to me:
I lift my lamp beside the golden door.” - Emma Lazarus

This poem contains similar ideologies to what Jesus taught in his ministry - what was written in the Bible. And in the interest of being scripturally correct, I would like to point out several verses said by Jesus to his followers:

“For I was hungry and you gave me something to eat, I was thirsty and you gave me something to drink, I was a stranger and you invited me in, I needed clothes and you clothed me, I was sick and you looked after me, I was in prison and you came to visit me.’
“Then the righteous will answer him, ‘Lord, when did we see you hungry and feed you, or thirsty and give you something to drink? When did we see you a stranger and invite you in, or needing clothes and clothe you? When did we see you sick or in prison and go to visit you?’
“The King will reply, ‘Truly I tell you, whatever you did for one of the least of these brothers and sisters of mine, you did for me.’”

Refugees are the least of these. We cannot push them out now, at the risk of abandoning our faith.

We have a terrorism problem already - and it is not coming from outside of the country.

All refugees are not Muslim, and all Muslims are not radical - proven through the billions of Muslims that live peacefully, and opposed to the violent, radical minority that disagrees with their faith. We experience violence from radical Christians within our country on a higher level than we do from radical “Islam”.

We should address these issues first and not project our fear of outsiders onto innocent people, especially as a church community; we should be the first ones to open their doors to refugees.

As Renee Stearns, who works with World Vision, writes in her blog ‘Welcoming Their Former Enemies,’ says:

“This empathetic willingness to enter another’s pain reflects the Good News of the Incarnation we remember each Christmas. “The Word became flesh and dwelt among us” (John 1:14) and experienced all of the pain and suffering we will ever face.
The people I met in Lebanon showed me it was possible to change the paradigm of “us vs. them” and “good vs. evil” into a recognition that we all have been given much and still remain in need of a Savior.”

Lebanon has taken in one million refugees into their country of 4.5 million people. This example of radical love and acceptance is modeled in Christianity. My hope is to see American Christianity, especially in its leadership, practice aligning with the actual teachings of faith, instead of a paradigm of fear of the outsider.

We have the power to make a change for good. Let’s hope we (all) do it.