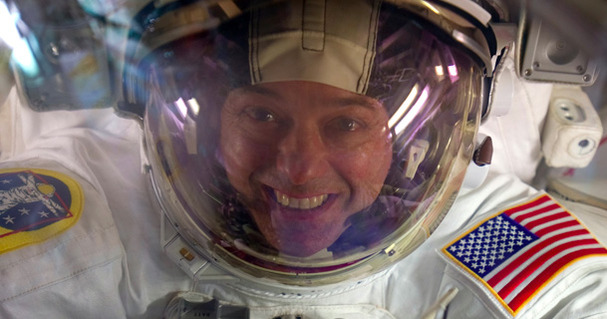 Lessons in Seeing the Big Picture

From a Journey of 71 Million Miles

“Written from Ron Garan’s unique perspective as an astronaut, The Orbital Perspective’ reminds us of our common humanity and that the pressing challenges we face, we must face and resolve together through tolerance, dialogue and cooperation.” —Kofi A. Annan Nobel Peace Laureate

• NOTEWORTHY: Garan is an astronaut and celebrated speaker with over 3.5 million social media fans, and published articles in The Atlantic, National Geographic, USA Today, and more.
• INSPIRING: The author shares how his experience on the International Space Station (ISS) inspired him to help drive change on Earth.
• COLLABORATIVE: While launching at the World Economic Forum in Davos, a team of 50+ global “Crewmate” volunteers will be given “Orbital Perspective toolkits” to organize grassroots events and share ideas for creating change in their own communities and worldwide.

For astronaut Ron Garan, living on the International Space Station (ISS) was a transformative experience – one that could help us solve the world’s toughest crises. Though exploration in space led Garan to many new frontiers, perhaps his most important discovery came in the form of a parallel reality. On Earth, the former US fighter pilot fought the Russians; in space, the US and Russia worked as allies.

As he took in a spectacular view of the planet from the ISS, Garan’s “Orbital Perspective” took shape. If fifteen nationalities could collaborate on one of the most ambitious missions in history, then surely, we could apply that level of cooperation and innovation to creating a better world.

“Ideas are highly overrated. While every great achievement starts with a great idea, ideas without action are empty.” –from RonGaran.com

Featuring a color photo insert of pictures from his space missions on the ISS, this book is a call to action for each of us to engage the orbital perspective on the ground with the most important mission of all: saving planet Earth. Garan shares how working with the diverse group of astronauts on the ISS inspired him and others to use the orbital perspective to collaborate in the fights to stop hunger, thirst, poverty, and environmental destruction.

“It is said that to understand a problem properly you need to get outside of it. Ron Garan has certainly done that. Ron’s focus on finding new connections and collaborations that cross borders of all sorts might just allow us to transform the world for the better before we destroy this big blue ball we call home.”
—Peter Gabriel, musician and a founder of WOMAD, Witness, and The Elders

Col. Ron Garan (USAF ret.) is a decorated fighter pilot, astronaut, aquanaut, and entrepreneur from Houston, and has logged 178 days in space and 71 million miles in orbit. The first TED speaker to ever give a talk from space, Garan is a frequent keynote speaker. He is the founder of the nonprofit social enterprise incubator Manna Energy Foundation, as well as Fragile Oasis (FragileOasis.org), an effort to inspire positive social and environmental action using the orbital perspective.
Garan (right) with Nobel Laureate Mohammad Yunus

Fun Space Facts (from the book)
• “Silly rules” like not sleeping on the ceiling go out of the window in space.
• It took Garan three years and many weeks in space before his neck muscles really adjusted to sleeping without gravity.
• On Earth, the ISS, which is bigger than a football field, would weigh over one million pounds.
• Every night, Garan and his crewmate had a ritual of listening to Pink Floyd’s Dark Side of the Moon while they set up their equipment for the next day, and Led Zeppelin’s “Kashmir” before heading out to space.
• The temperature in the shade in space falls to –250ºF, and 250ºF in the sunlight.