Sucker Punched to Save the Amazon

John Perkins advises corporations, executives, and entrepreneurs on turning a Death Economy into a Life Economy (cleaning up pollution, recycling, and other technologies that create life-styles millennials want to inherit). 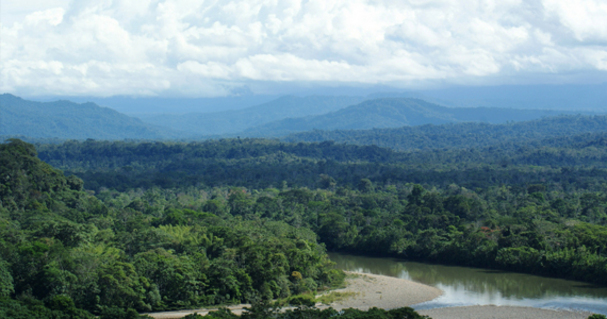 You might say that Bill Twist was sucker punched into heroism. He is a hero among tribes deep in the Amazon rain forest but it hit him unexpectedly.

In 1995, Bill was a successful San Francisco businessman. His wife, Lynne Twist, was one of the nation’s top fund raisers (and author of the highly acclaimed book The Soul of Money, published in 2003). I was working with the Shuar, an Amazon tribe most famous for shrinking the heads of its enemies. I had known the Shuar since my Peace Corps days in the 1960s and during the early 90s helped them preserve their forests. Their neighbors, the Achuar, hearing of our successes, asked me to assist them in their struggles against the oil companies that threatened to destroy their way of life.

I called on Lynne. She convinced nine people to let us guide them into the jungle. Bill went along to accompany his wife. By the time the trip ended, those nine people had contributed $118,000 to help the tribe begin mapping its territory. Bill agreed to “temporarily” oversee the disbursement of the funds. Like a man sucker punched, he had no idea what was coming.

The plight of Amazon cultures became Bill’s passion. He and Lynne founded The Pachamama Alliance (TPA), a 501(c)(3) nonprofit. By 2004,TPA had raised and donated several million dollars to the Achuar and other Amazon tribes. The organization has provided legal, accounting, mapping, and other technical help, given them dozens of two-way radios enabling remote communities to communicate with each other, purchased a small airplane, and financed the training of pilots and mechanics so they can respond to emergencies. TPA has probably done more than all the foreign aid combined to keep the tribes from taking up arms against the oil companies, while at the same time waging political battles to force the companies to stay off tribal lands.

Bill’s management of TPA has worked miracles. Yet, his most important contribution is one we can all make: He has committed his heart and soul to making a difference in the world. He has acted and, in so doing, serves as a model and inspiration for all of us.

Bill is not an anthropologist or social worker, not the sort of person you would expect to find sloshing through the jungle with headhunters. He had no special training for this type of work. However, he saw something that opened his heart. I like to say he was sucker punched, but the truth is that a brief trip woke him up to a reality he had never before witnessed. And he took action.

Bill’s story is every person’s story, including yours. It is the story of a person who saw the need for change and decided to make it happen. Bill is a true hero. His story calls each of us to action, to be MAD, to make a difference.

John Perkins is the author of Shapeshfting, The World Is As You Dream It, (Destiny Books, 1994), Psychonavigation, The Stress-Free Habit (Inner Traditions International, 1999), and Spirit of the Shuar (Destiny Books, 2001). His newest book, Confessions of an Economic Hit Man , will be published by Berrett-Koehler in November 2004. To learn more about John, go to his Web site: www.JohnPerkins.org. To discover more about the work of Dream Change, the 501(c)(3) nonprofit he founded that is transforming global consciousness, visit www.dreamchange.org.