Bake a Cake for the Office Troublemaker

John Izzo is one of North America's most prominent voices on finding more purpose in life and work. His bestselling books include The Five Secrets You Must Discover Before You Die and Stepping Up. 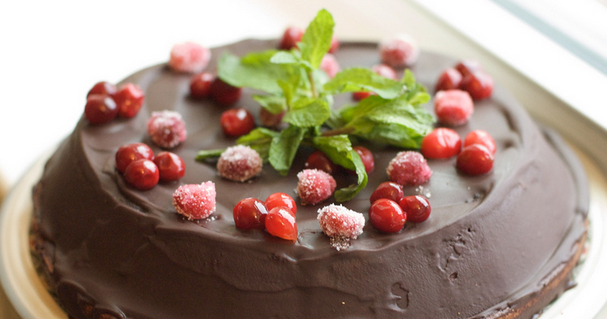 Almost every workplace of any size has one of them-an office troublemaker. It may be someone who is negative, the one who does not do a fair share, the one who bad-mouths everyone, or the one who is simply out of step.

With few exceptions, most of these people did not start out in this role on the first day of their job. But somehow, somewhere along the way, a shift occurred and whatever innocent affection we felt towards this person and whatever love they felt for the work passed over into disillusionment. How do we recapture that innocence?

My friend, a nurse, told me about such a woman on her team. She was negative, didn’t pull her weight, backstabbed others and was, all in all, someone everyone agreed should leave. Some people had tried to give this person feedback, but to no avail.

For months my friend thought about what she could do to get through to this woman. People had tried to tell her to “get with the program” but to no avail. Hard as she tried, all she could come up with was an inexplicable desire to bake a cake for the “troublemaker.” She had no idea why this notion had come to her or what baking a cake might accomplish, but the urge was irresistible. The only thing she had ever heard this woman say she liked was chocolate, so she started her day by baking a chocolate cake. She took the finished cake and headed to her home.

Arriving at 11:30 on a Saturday morning, you can imagine the troublemaker’s shock when she opened the door. “What are you doing here?” the woman asked incredulously.

“Well,” my friend said, “it is kind of hard to explain. I know you like chocolate and I woke up this morning wanting to bake you a cake, so I did.” She held the cake out like an offering to an angry god.

The woman smiled ever so slightly and said: “Well, would you like to come in?”

For the next hour they sat at the kitchen table, ate chocolate cake and talked. They did not talk about the woman’s attitude or her behavior towards colleagues; they simply shared small talk and ate cake.

Monday morning the woman arrived at work, the same grumpy person she had been the week before, but with one notable exception-she was nice to my friend. The next day she even brought my friend a coffee to start the day. Over the next few weeks, they slowly became friends to the point where they were able to have a heart-to-heart conversation about the workplace. Encouraged by the friendship she felt with my friend, the woman slowly started becoming more positive, began asking others for feedback on how she could be a better team member, and eventually regained the innocent enthusiasm she had when she started her job. It took months, but it did happen.

Where do we start when everything else we have tried has not gotten through to someone? It seems to me that it must begin with kindness, with the courage to reach out with no expectations at all. It begins when we decide to be the one friend to the friendless, the one person reaching out when everyone else has shut down, the one who will care enough to be innocent again.

John Izzo, Ph.D. is one of North America’s most sought-after advisors and speakers on creating soulful, vital workplaces. He is the author of the books Second Innocence: Rediscovering Joy and Wonder (Berrett-Koehler, 2004) and Awakening Corporate Soul (Fairwinds Press, 1997). Check out his work at www.izzoconsulting.com.