Why I Endorse Marginally Unethical Behavior 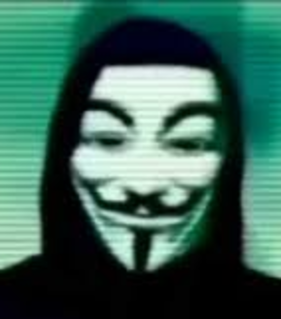 "Marginally Unethical Life Hacks" represents one of the most controversial ongoing features in the BK newsletter. Large numbers of readers continue to message me about how much they enjoy this section, but an equally large number message me to indicate that some of the hacks cross the line into clearly unethical or bad behavior. Worse yet, some feel that the section "does not represent Berrett-Koehler's image and mission."

The Marginally Unethical Hacks section garners a lot of attention in every newsletter--sometimes eclipsing the number of clicks that even the featured titles receive. But I do not write this section for click-bait purposes but something a lot deeper: to provoke self-examination and also to recognize the continually changing nature of ethics and ethical practices. Everyone holds their personal definition of BK, but given that our mission focuses on creating communities that work across all boundaries, we can't be all things to all people nor fit all visions. In other words, we never intended to be engineered with one particular type of progressive and his or her particular wants and desires in mind. So while it remains good and fine to define what the company means to you, indicating what the company should or should not do or project presents a different viewpoint--one that imposes one's own expectations on others.

We have become so trained to fit particular "types" in this country that you only need to know someone's opinions on capital punishment to accurately guess their views on immigration, abortion, religion, and economics. Our social persona evolves into a "package deal" in that if we support or reject one particular thing, then a number of other things should similarly receive support or rejection. No tolerance exists for individuals with beliefs that seem contradictory to one another in their complexity (the most human of all human traits). I remember learning one day many years back that my colleague Charlotte, an avowed environmentalist, did not practice vegetarianism. My surprise at this realization can't even be explained but why be surprised at all? Because I always just assumed that all environmentalists practiced vegetarianism. We all remain susceptible to the same mindset traps and expectations--the inevitable cataloging of social types. Worse yet, when one does not conform to a particular type, accusations or suspicions of ethical dubiousness or questionable character follow behind.

I have some friends (including one generous BK shareholder) who consider themselves leftist progressives and also own guns and other firearms. The BK shareholder would not allow me to give his name for this article. He feels that in the current climate, he would lose credibility or respect from others if they came to know that he believes in gun ownership. He doesn't fit the mold in the same way the BK Marginally Ethical Life Hacks section doesn't fit the mold of what others feel BK should be, but does that indicate a lack of true progressive liberal credentials or reflect our inability to think beyond narrow types?

Absolute stances such as those we take in regards to ethical practices dismiss the very real possibility of "the other side of the story." We publish no end of books addressing the evils of the mining industry, and a book directly contributing to the shut down all mining operations receives validation as an ethical work. Yet not one of those books address what to do with the hundreds of thousands of multigenerational mining families who will literally starve to death because they lack experience or education to do anything else. Arguing for coal mining is not the BK way, but arguing for people's livelihood and the opportunity to earn a living is. What was initially a clear ethical issue is now marginal depending on your beliefs and priorities.

So, you tell me--do I have a point? Or am I deluding myself? Let's talk about this.

Love the post.  I agree, but maybe feel even more strongly.  I feel absolutism and dogmatism are the real gateways to evil.  To see another person’s point of view as "less than yours" is to see them in a subtle way as less human than you.   The corrupting influence of self-righteousness is the central theme of the novel I occasionally try to write.

totally with you Jeevan. fundamentally, & I'll say this time and time again, but humanity exists on a spectrum and Marginally Unethical Lifehacks lets me decide where the margins are. the typing narrative and identity is so harmful because it tells me how to be, when i just want to be myself! i get to decide if i want to live in the gray space, and not always worry if i'm being policed or not. bottom line, marginally unethical lifehacks really doesn't hurt anyone and we all have the common interest of making the world a better place. let me live!

Discovering how to manouver in grey spaces was a huge moment for me in my 20s.  Black and white thinking can be quite damaging, and it was a huge relief to realize that I was not always required to fit everything into one slot or the other. I love this feature of the newsletter!

I'm Sorry I Broke Your Company

When Management Consultants Are the Problem, Not the Solution

The 9 Behaviors of Great Problem Solvers