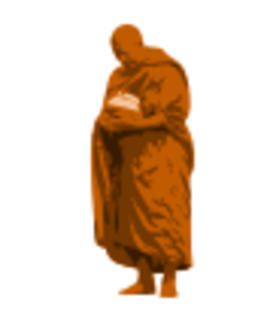 Two monks on a long journey by foot--one young and one elder--came to cross a river when they saw a young woman who also wished to cross the river. The young woman had twisted her ankle and was nervous as to how steady on her feet she would be in crossing the river.

So they crossed the river. The young woman, once they got to the other side, climbed down and thanked the elderly monk for carrying her and then went on her way. The young monk and his master then continued their journey.

For many days they continued to walk on their journey but the young monk just could not shake what had happened. Finally, he asked the older monk, "Master, I cannot forget this and must ask you--why when touching a woman is frowned upon in our faith did you carry that woman across the water?"

The older monk smiled and said, "I carried that woman 20 yards and left her on the other side, but why are you still carrying her so many miles later?"

Moral of the Story: Sometimes the attention and worry we commit to a matter is far greater than the matter's real impact.

The 77 Deadly Sins of Project Management By Management Concepts Press

How to Manage Us