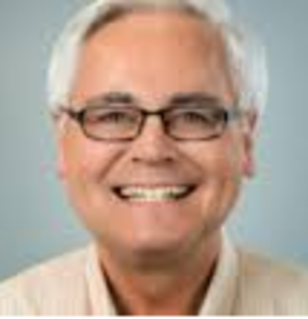 Everyone talks about the lessons they have learned in their time in the trenches, but what about those lessons that were truly pieces of wisdom that could have made all the difference if they had been known prior to embarking? I asked Steve Piersanti to list the five things he wished he had known twenty-five years ago when starting Berrett-Koehler (even though at that time he was already an industry veteran and former CEO of Jossey-Bass). This is what he said:

1. Book publishing would be in a never-ending state of upheaval and turmoil throughout BK’s history.  There were of course many changes in publishing during my fifteen years in this business before founding BK.  But I was not prepared for the even greater disruptions that have hit publishing non-stop since 1992: the rise of Amazon.com, the subsequent collapse of much of publishers’ direct mail business, the closing of thousands of independent bookstores, the bankruptcy of BK’s trade distributor in 2007, the closing of Borders and other bookstore chains, the decline of print book sales, the meteoric rise of e-book sales, the plateauing and decline of e-book sales, the recovery of print book sales, countless publishing mergers and acquisitions, the explosion of self-publishing, The 10 Awful Truths about Book Publishing, and much, much more.  Each new disruption has been threatening, and we have responded both well and not so well to the disruptions; see the next point.

2. The strength of BK’s core publishing model.  In responding to the turmoil mentioned above, we have perhaps overemphasized innovating new lines of business (some of which have worked and some of which have not) in order to diversify beyond a threatened book-publishing base.  I’m not saying that we should not continuously innovate, but we have not fully appreciated the power and competitive advantage of our company mission, values, community, and distinctive ways of working with authors and other stakeholders.  And we have thus not expanded our core book publishing business as much as would have been optimal for the growth, health, and impact of the company.  Despite the disruptions noted above—or maybe because of them—our core publishing model is healthy and has more potential for driving profitable growth than our strategies and investments have prioritized.

3. Publishers’ announced first print runs are often lies.  We were naïve at BK in our first few years because we actually printed the number of copies we had announced.  This led to costly excess inventory when we received fewer orders for some titles than we expected, which led to hundreds of thousands of dollars of inventory write-offs.  It took us a while to realize that other publishers often printed only a fraction of their announced print runs because they were basing their actual print runs on the quantity of pre-orders received.  Announced first print runs were wildly aspirational—what the publishers hoped would happen if the stars aligned—and often intentionally exaggerated.  We have since tried to not play this speculative game by either not announcing first print runs, or, if we do, announcing realistic rather than inflated numbers.

4. Selling more copies of books doesn’t necessarily result in more profit.  Right out of the gate, Berrett-Koehler was selling much larger numbers of each title, on average, than was my previous publishing experience.  Yet, our publishing program was losing money rather than making money because we were investing much more than in my previous publishing experience in marketing each title, and we were offering higher royalties to authors and selling the titles at lower price points.  It took us several years of adjusting our marketing budgets, royalty structures, and price points to reach equilibrium where we were consistently making a profit from our publishing program.  (I’m pleased to report that Berrett-Koehler has now been profitable for fourteen years in a row, although some years the profit has been pretty modest.)

5. Berrett-Koehler would receive only a small portion of the value created by our publications.  Authors typically earn many times more from speaking engagements, workshops, training programs, consulting, and other businesses based on—and enabled by—their books than the publisher earns from the books.  Often the visibility and prestige granted to authors by their books allow authors to charge far more for these activities than the authors were able to charge before their books were published.  We have never figured out how Berrett-Koehler could receive a larger share of the value created by our publications.  But we keep trying to figure this out and welcome your ideas.

The Myths of Technology Change

I Moved Your Cheese