The Curse of Winnie the Pooh 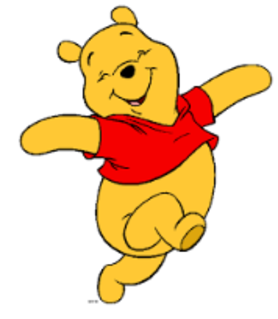 The character and stories of WInne the Pooh have provided much entertainment for children over the decades, but the three people most closely associated with the works grew to regret it:

A. A. Milne was the author and a writer who was mainly focused on adult literature. However, none of his other writings ever had as much traction or popularity as Winnie, and so he was never taken seriously as a mature writer and was always relegated to the role of a children's book writer.

The main human character was Christopher Robin--who was named after Milne's son, Christopher Robin Milne. This son grew to resent the stories because he would be always associated with the character and never be recognized for anything else. He claimed that his father “had got where he was by climbing on my infant shoulders, that he had filched from me my good name and left me nothing but empty fame."

E. H. Shepard was the artist on the books and he deeply resented the impact Pooh Bear had on his career. Shepard was a serious political cartoonist by trade and a graduate of the Royal Academy, but for all his satirical and clever political drawings, he was always best known as the illustrator of children's books--which also deeply impacted his credibility as a visual political satirist.

So, while the rest of the world enjoys the adventures of Pooh and his cohorts, know that the three people most intimately involved with the works had deep reservations about their creations.

The Anatomy of Peace

Resolving the Heart of Conflict