The Art of Turning Walls into Bridges 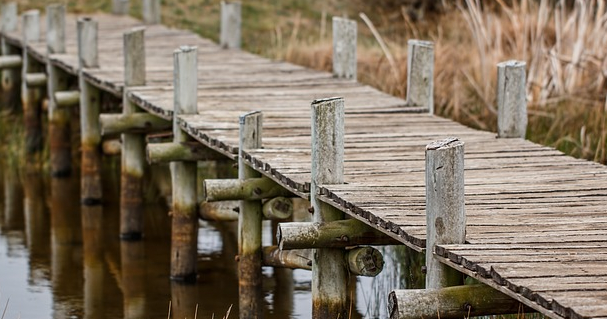 Representative Kyrsten Sinema was born in Tucson, Arizona, in 1976 and has lived in Phoenix since 1995. First elected to the State Legislature in 2004, she was re-elected in 2006 to continue serving central Phoenix in District 15. Kyrsten's book, Unite and Conquer , is out now.

Identifying common ground with someone holding different views from you remains the fundamental first step to building a winning coalition. Too often, we assume that we can't possibly work successfully with others who think differently from us. This fallacy builds walls between us that get in the way of reaching our mutual goals. (For some, it's winning a campaign, and for others, it might be taking over the world.) Consider Kyrsten's five quick tips to help you start breaking the proverbial bread with that person you've always argued with:

1. Laugh. And by laugh, I mean laugh at something other than the person you're working to build a bridge with. I typically start with myself. (Luckily, I have lots of flaws so there's tons to make fun of.) If you are uptight and unable to make fun of yourself, or if you're perfect, then laugh at something harmless - like your mom. Laughing with another person breaks down barriers almost instantly, leaving two people enjoying the happy moment that comes with joy, smiles, and a great joke. Once you've shared a good laugh with another person, neither of you will forget that little bond you share.

2. Chill out. We build walls so quickly, laying brick after brick with every rude, insensitive, boorish, or flat-out wrong comment made by another person. Some people specialize in barbs that psyche you into warp speed, building sky-high walls. Only when we consciously remind ourselves that their barbs and boorish comments are about them, not us, can we stop building and relax. Those who make frequent comments that poke others are simply sharing their insecurities about their own selves or positions. Instead of building higher walls in response, think how lucky you are not to be burdened with that insecurity. Responding maturely without ire will not only prevent your walls from going up, they'll chip away at his/her walls, too.

3. Ask about his/her kids. Or his/her alma mater, or sports, or knitting, or favorite food. Actually, ask about anything. When you take the time to learn a little something about another person's life, you get a glimpse into that person's realness. Not only do you see the other person in a new light, that person will see you in a different light as well. It becomes a lot harder to detest the person who shares the same frustration you feel about your 13 year old daughter's phone habits.

4. Take a walk on the wild side. Spend some time learning about the "other side" - whether that other side means another person, group, or just some stuff you understand. Reading the Economist, listening to a sermon, attending a meeting or lecture, or, in my case, watching Fox News -- all are venues to learn about those who are different than yourself. While much of today's media highlights the differences between us, (trust me on this, I am in politics after all) these are often overblown, cartoonish versions of real people and real life. Spending some time learning about the other peopke or their stuff can help demystify them and perhaps even burst some of your preconceived bubbles about them.

5. Listen. This one remains my favorite. It's also the one I'm worst at. Listening to others can be so hard, especially when I am bursting with so many brilliant things to say! But talking and talking and talking without leaving space in your head to listen only pushes people away. Take time to listen to what others say - and more importantly, what they mean. Listening for understanding can break down parts of the wall that are based on misconceptions, rumors, or faulty facts. Listening also symbolizes respect - listening to another, even if you don't agree with his/her statements tells that person that you care and that you respect him/her.

Do you have any other ideas for building bridges or any comments on Kyrsten's hints? Chime in below.