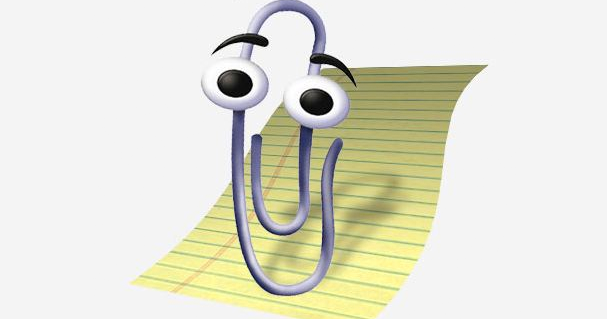 Users of older versions of Microsoft Word know about the annoying paperclip character that would pop up and bother you incessantly. The paperclip character was created to help users work efficiently but it became just the opposite as many users found they couldn't rid themselves of the character long enough to get any work done as it repeatedly kept popping up. This is a parody of that character in the real world.