TEN LITERARY MISQUOTES THAT ARE BETTER THAN THE ORIGINAL 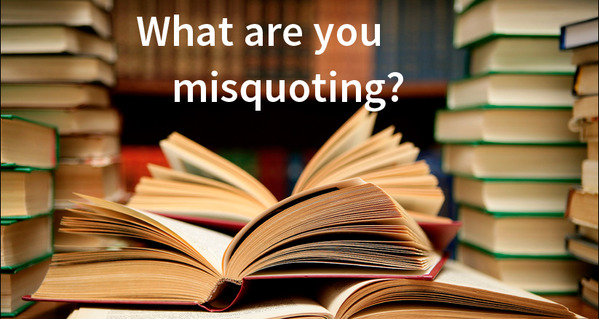 So many literary quotes are bandied about with authority but many of them are inaccurate. However, sometimes the inaccurate version is just snappier and quicker -- in some cases even cleverer. Here are five examples:

3. "Elementary, my dear Watson."
This expression doesn’t appear anywhere in the original Sherlock Holmes stories by Sir Arthur Conan Doyle, and first turns up in literature in a novel by P. G. Wodehouse, but it just seems to fit so well, doesn't it?

5. "I may not agree with what you say but I will defend to the death your right to say it."
Though widely attributed to Voltaire, it appears nowhere in his writing. The better explanation appears to be that the quote was fabricated by an unknown author to capture the essence of Voltaire's views on censorship by paraphrasing some of the words from a  letter to M. le Riche where Voltaire states "...I detest what you write, but I would give my life to make it possible for you to continue to write."

The Poetry of Business Life

The Answer to How Is Yes

Acting on What Matters