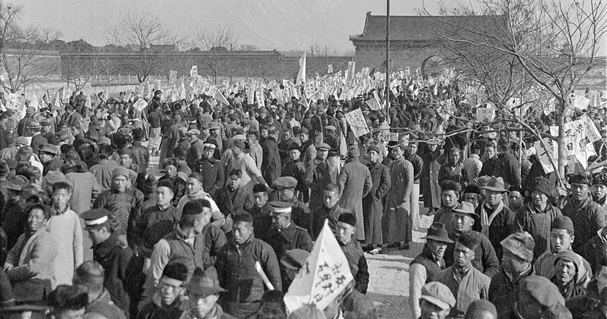 This footage from the Tiananmen Square demonstrations shows a single protester, armed with nothing but white flags, standing in the line of tanks coming to disperse the crowds. When the tanks attempt to maneuver around him, he moves to block their path. The image spread across the globe and brought international attention to Chinese government's actions. To this day, no one knows his identity or anything about him nor what became of him, but he remains an international symbol of the courage to stand up to those in power for what he believed was just and right.

The footage below is from the Chinese television networks. Even if you don't speak the language, just try not to be moved by this segment.