My Own Damn Year in Review (And Yours) 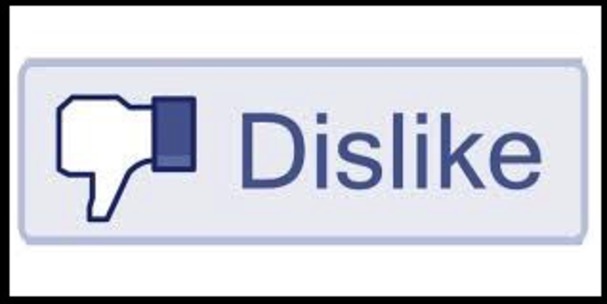 Facebook has recently encountered some serious negative publicity with what should have been a positive app -- I am speaking, of course, of the "Year in Review" app, which your friends and enemies (what good is Facebook without enemies? I already know what my friends are doing) have been throwing into your feed.

The algorithmic cruelty the app was criticized for shows the problem with, well, algorithms -- namely that those events and posts that engender the most attention are not always the ones we want to relive (such as deaths of loved ones, relationships, jobs, and so on). An algorithm doesn't understand nuance, and apparently, some engineers didn't either.

More importantly, this uproar pointed out the more important lesson: the year wasn't good to many of us, and to some of us, it was downright miserable in ways we didn't wish to be reminded of. But here is my own suggestion: fight the algorithm with your own damn Year in Review. Instead of waiting for an algorithm to spit out the most influential moments in your life this past year, do it yourself. And do it in a way that an algorithm never will -- as learnings and lessons, not simply as "events" devoid of any meaning or impact. There is learning in trauma, even. In fact, there's more learning in trauma than in happiness. So please take a moment to write out your own Year in Review -- just five things you learned this year from things or people that happened to you -- and list them. Don't name names, use pseudonyms, or, as I do here, just the first initial of people's middle names (obscure enough that few will guess them) and share them with others. I promise that the impact will be far greater than this current trend which only promoted FOMO.

Here is my Year in Review in five learnings:

1. The actual measure of that which we can control is nowhere near the truth of that which we think we can. Control is a useful illusion to have for the sake of sanity and best-case scenario planning, but it's about as silly as letting God know your plans. (A lesson from two "J's" in my life -- one who almost lost his life this past year and the other who will unfortunately, possibly be losing his this year.)

2. Love is one of the most inconvenient and challenging things we manifest and if it seems simple, it just means you're doing it wrong. Put simply: if you're intelligent, love is an irrational pain in the ass. But that's still no excuse for  avoiding it or not jumping into the deep end again and again, because life is too short to own an overly-guarded heart. (A lesson from my dear friend "M.")

3. My quality of my life is not determined by gods in grand stadiums but by "little" people and "little" places. The skill or prowess of that brilliant surgeon who could save my life matters little if the medical records clerk mixes up my paperwork or the orderly wheels me into the wrong room. Groundbreaking anti-racism legislation in DC is wonderful but matters little when I'm being regarded with suspicion of theft by a shopkeeper at the corner deli in a small town. (A wake-up call lesson from "B.")

4. I am never going to be more mature than I am now, and I actually stopped maturing somewhere around the age of 27. Since then, I've only been gaining information about how to behave better in public. All adults, as the old adage states, are simply children who know how to behave in public. I've spoken in confidence with enough friends to know this is not just me (or maybe they were just being charitable). This is why I envy quiet people. Quiet people never make fools of themselves, whereas I've been carrying on a fine tradition of public buffoonery since...27. (A lesson from "S," who is very quiet -- I'm on to you, woman!)

5. Everything you thought you learned last year was pretty much called into question this year. And everything you've learned this year has an equally long shelf-life, so don't take any of this seriously because the rules are re-written annually. That's why we have a Year in Review and not a Decade in Review (Learned this all by myself.)

Five Good Reasons NOT to Step Up (and Five Better Reasons to Do It Anyway)
John Izzo's latest book is all about the importance (and difficulty) of stepping up to address and help solve problems and speak when others may not or be afraid to. It's a challenge and there...
Read more...

Five Alternate Tips for Establishing Personal Presence
Dianna Booher has been writing about professional presence and communications for decades and has a number of bestselling titles under her belt. Here she lists five lesser-known techniques that...
Read more...