How to Get Outstanding Personal References 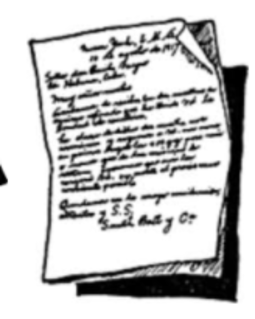 NOTE: This hack is not marginally unethical--it's pretty much totally unethical and Berrett-Koehler does not condone nor approve of any of this. So why did I include this? Because the references scam is just that--a scam. At best, references are given to people who are well connected to influential people and so are not so much earned as inherited along with social station. At worst, they are a  legally-protected scam. Employment laws being what they are, even those who are "let go" (or asked to leave) from their jobs receive letters of reference lest the employer wants to face a legal backlash--this is basically passing a bad apple to someone else. Now THAT is unethical! Think of this post as a public service announcement to employers: always call your candidate's references.

Applying for almost any job requires personal references, but why get something from a middle-manager somewhere when you can get a total A-list person? Why get a letter of reference from Barney, the junior manager at your old job when you can get one from Bill Gates?

The more audacious the lie, the more people are likely to believe it--this is a fact. Also, unlike in the case of Barney, it's not easy for anyone to just call up Bill Gates and verify the letter, is it? That's the reason they give you the letter in the first place. It's pretty simple, really. Here's how:

1. Google a term like "Letter from [enter name here]." You will see a number of documents in the images section with actual letterheads from that person's office. Find a document that is of high-enough resolution and take a snapshot of it, then trim the photo to include just the letterhead and drop it into a word doc at the top. Bam! Now you have official stationery.

2. Write yourself a recommendation and try to use the same sort of language the person you are mimicking uses (you have tons of documents on the web you can pick this up from). Be sure to date it from about five or six months back (which would account for any changes or descrepencies in the appearance of the letterhead or the formatting).

3. Be praising of yourself but not overly so. Don't make blanket statements about yourself as the most competent person they have ever known, etc. because that is suspect. Give specifics examples and make the recommendation more about supporting your character or other such unverifiable information.

3. Carefully note how the person signs off (most people use the same phrase for all correspondence closes such as "With wishes for your continued success" or "In service" or the like) and use it.

4. Practice the signature of the person you are pretending to be prior to signing. This is not difficult because most famous people have ridiculously simple signatures (check out Bill Gates or Steve Jobs' signatures--like a third-grader's). Remember, a signature does not have to be absolutely identical because no one's signature is the same any two times. Just be sure to sign quickly--the lines should not waver or look as if they were slowly written.

Unless you are applying to be the CEO of Time Warner or the like where there are enough people at high enough levels vetting your references, most will accept your letter of reference as genuine because it just seems too ridiculous for it not to be, and also because there is no way to verify with the person who wrote it that they did actually write it.

Time and the Soul

Where Has All the Meaningful Time Gone-and Can We Get It Back?

How To Get Ideas By Jack Foster, Larry Corby