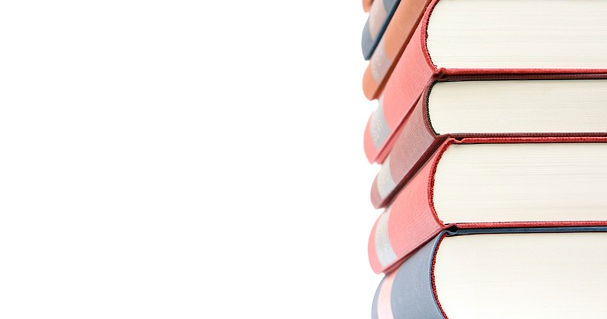 When authors pitch their book to a publisher, they are essentially selling. But many authors are poor salespeople when it comes to books - not because they’re incompetent but because ideas that may seem innocent or even positive to most people suggest something else entirely to publishers.

I have easily reviewed several thousand proposals and have identified the four most common statements that authors make but should avoid:

1. “Given that the number of [teenagers/graduates/entrepreneurs/young parents/etc.] is currently estimated at [enter numeral] million, the market for this book is huge!"
There really is no such entity as the “general" marketplace, and writing for a (sufficiently large enough) niche is actually a good thing. People have so many choices -- the more specific a book is in catering to their particular needs or tastes, the more likely they are to buy it.


2. “I envision a series of books that use this approach in different --"
Committing to a series of books is a scary thing for a publisher. If the publisher contractually agrees to a series, he or she is obligated to publish follow-up titles even if the first one bombs. No publisher wants to commit to that kind of long-term loss. Don’t say anything about a series -- you don’t need to. If your book is successful, your publisher will come begging for a series.

Example: Keep in mind that the most successful serials (such as the For Dummies series or the Chicken Soup for the Soultitles) were not initially pitched as serials, but the first books sold so well that the publisher decided to make them so.


3. “Given the popularity of books such as [enter name of New York Times bestselling title here] or the books of famous authors such as [enter name of bestselling author here], this book will inevitably draw an audience."
Not exactly. The popularity of a particular issue or subject is important to some extent, but in most cases, books in the same arena as yours sold because the author is popular or appeared on Jon Stewart’s show (or something similar). The author is the draw, not the subject matter. So unless you’re as famous as that author, the fact that you are writing about a related topic makes little difference. Also, an author who doesn’t bring anything new to the subject matter but just parrots what someone else said and adds in a few minor details just shows a lack of originality.

Example: When Rhonda Byrne’s bestseller The Secret started racking up sales in the millions, every self-help author suddenly had a take on the law of attraction (the generic philosophy Byrne’s book was based on), and the marketplace was flooded with “Me, too!" books. All of them were summarily ignored -- and bombed, as they should have.


4. “To promote the book, I intend to build a dedicated website, appear on radio shows, utilize social media, and speak as often as possible."
Here’s the problem: intending to do anything offers no guarantee that you will, nor does it guarantee that you will be successful. I can say that I will ask the queen to endorse my book, but it remains unlikely that she actually will. Publishers can go only on what authors have already achieved, not on what they intend to achieve. An author wont suddenly become a social media maven or a successful speaker appearing on nationwide media just because he or she now has a book. Remember this rule above all else: books do not start movements; movements start books.

Example: Almost every (nonfiction) bestseller had its momentum building well before the book came out. From Freakonomics to The Secret to Free, these books were written by authors who were actively speaking and writing about their work first. The book was just the capstone. And regarding social media, how many requests have you had to “like" someone’s Facebook page? Do you even bother to go back and visit the page even if you do "like" it? Remember that a top author can boast over 5,000 such "likes," but a farting cat can garner over a million. So, yeah, your competition is a farting cat, and it's beating you senseless. And how many times have you bought a book because of the author's Twitter feed? Think of how many authors you know -- and how many of their websites you have actually visited.

Staggering, it'll look really high with every one of those online journals, just make a stride at the take off effect

Well, that is the best thing I have ever seen here) Thanks a lot for that)

You Think You Know Your USP, But You Don’t