Four Situations Where We "Tell" Instead of "Ask" 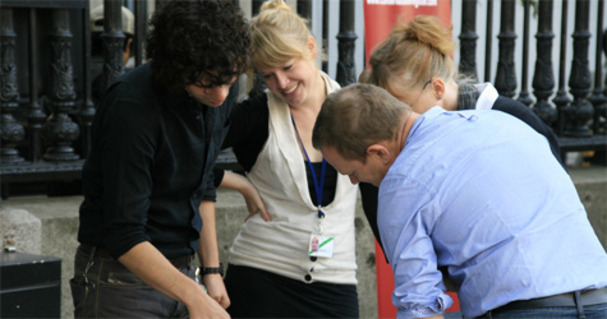 Ed Schein’s newest book argues that our cultural tendency to “tell” instead of “asking” gets in the way of solving problems and accomplishing tasks. When two or more people have to work together to accomplish anything, they need to communicate openly, and that can only be achieved with trust. To build that trust, they must ask each other genuine questions based on being interested in each other. Humble Inquiry is that form of asking.Here are four common situations where people should be using Humble Inquiry instead of just giving advice or telling the other person what to do.

Situation 1. The “all knowing advice giver.” A person when asked for help who automatically assumes the he or she knows what will be helpful based on assumptions about what the asker knows or has already done. Examples: I ask an IT person for help on completing something via phone and he says, “Just hit the pound sign,” except that I haven’t a clue as to what the “pound sign” is. I ask a friend what to do about my troubled relationship with my girlfriend and he says, “Just tell her where you stand -- be totally honest with her.” He doesn't realize that I was honest about a sensitive issue and that is what gave rise to the trouble in our relationship in the first place.

Situation 2. The leader assuming that he or she knows enough to tell the subordinate what to do. Examples: “Here is what I want you to try” says the boss, throwing out directions before hurrying off, not waiting to learn that subordinate has already tried what was suggested with no success. The doctor tells the patient to take the pills at bedtime but does not know (or bother to inquire) about the fact that the patient works different shifts and so has a variety of bedtimes.

Situation 3. The leader who needs feedback from employees or team members but has created a climate in which they do not feel secure doing so. Examples: This is where a selective memory can be the culprit. The boss assumes that everyone knows he is “open” to talking about anything, but he does not remember also telling his subordinates “Don't bring me a problem unless you also bring me the solution.” The surgeon who wants his nurse and tech to speak up all the time, but does not remember how his behavior of yelling at them in the past has made them hesitant to do so. The boss or doctor doesn't remember, but people do.

Situation 4. Asking a question that isn’t really a question. Example: “Don't you agree that to get our job done we all need to be open, trusting, and collaborative with each other?” This sort of a (non)question forces the respondent to say "yes" without exploring the issues further and getting clear on what needs to happen. As a result, even though the answer is "yes," it is an answer in the abstract since no real trust or understanding has been established.