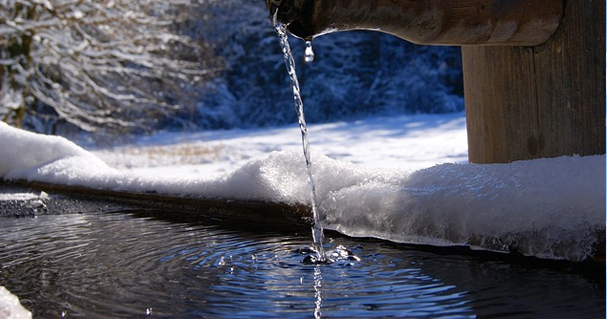 At the heart of what Joseph Jaworski discovered during this fifteen-year journey as a way to understand and access the Source of wisdom and creativity - the place from which profound innovation flows - are these four principles:

1. There is an open and emergent quality to the universe; a group of simple components can suddenly re-emerge at a higher level of self-organization as a new entity with new properties.

An example of this is what I describe in Synchronicity about my experiences with the search-and-rescue team during the immediate aftermath of the Waco tornado. The team “automatically” operated at a higher level of self-organization; leadership shifted seamlessly “in the moment” and as required; and tasks were performed without “conscious awareness”.

I learned about this during his conversation with the noted physicist David Bohm, who told me about Bell’s Theorem -- that if you separate the two particles in a paired two-particle system -- putting one particle in New York, say, and another in San Francisco -- then if you change the spin of one of these particles, the other particle will simultaneously change its own spin. Bohm said “The effect is a simple consequence of the oneness of apparently separate objects.” He added, “We are all one.”

3. There is a creative Source of infinite potential enfolded in the manifest universe; connection to this Source leads to the emergence of new realities.

Consider the discoveries of Thomas Edison, Leonardo da Vinci or Jonas Salk. Like them, each of us has access to infinite wisdom and unlimited potential leading to the emergence of new realities -- discovery, innovation, renewal and transformation.

4. Humans can learn to draw from the infinite potential of the Source by choosing to follow a disciplined path toward self-realization and love, the most powerful energy in the universe. The words of philosopher Pierre Telihard de Chardin speak well to this principle. “Someday, after mastering the winds, the waves, the tides, and gravity, we shall harness the energies of love and then, for a second time in the history of the world, man will have discovered fire.”

Many people have experienced a connection with the Source, often when called upon to respond in times of crisis. In these moments of extreme spontaneity and intuitive insight, actions flow seemingly without any sort of conscious intervention -- without thinking, a person simply knows what to do.

Based upon your own understanding of these principles, and what it means to be “in the flow”, what are your individual experiences with the Source?