Five Ways Liberals Can Get Better at Framing Core Issues 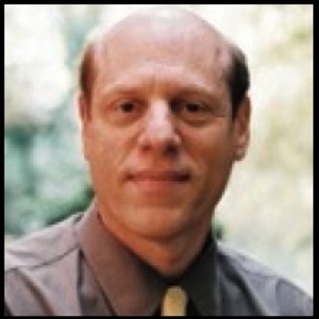 As the last election confirmed, many Americans are willing to ignore objective truth in favor of FOX News, fake news, and “alternative” facts. That’s because these sources feed their prejudices. The psychological process, where people seek out information that conforms to their pre-existing beliefs and simultaneously discount contrary information, is called confirmation bias. To succeed, political arguments must be structured to address confirmation bias.

#1 Always begin in agreement with your audience

Never start a debate by saying or implying “you’re wrong.” The audience will stop listening. Instead, start from a point of agreement, and then give your listeners a bridge from their preconceptions to your solutions. There’s always a way. “The right to vote is the very foundation of democracy.” Or “Every American should have the opportunity to earn a decent wage.” Or “The rich should pay their fair share in taxes.” Begin in agreement and then demonstrate that automatic voter registration, or a higher minimum wage, or a strong estate tax fits your listeners’ pre-existing beliefs.

Values are words with strong positive meanings built into them. Freedom, opportunity, security, liberty, equality, and safety (for example) are progressive values that describe public policy goals and implicitly declare those goals are good. When you use values, it informs listeners that, once again, you are in agreement—your overall goals coincide with theirs. For many Americans, that’s all that really matters.

#3 Show listeners how they benefit

Most Americans, when faced with a proposed government policy, want to know what it will do for them and to them. Their political beliefs are strongly individualistic. So, explain how your policy solution benefits them, their families, friends or local communities. This is not so hard. When talking about climate change, stress how it affects the listeners’ children and grandchildren. When arguing for criminal justice reform, show how it makes us all safer. When defending the Affordable Care Act, remind listeners that without the ACA they will once again be at the mercy of insurance company bureaucracies.

As Taylor Swift sang, “Haters gonna hate.” About 40 percent of American voters simply cannot be moved from their conservative beliefs. You are welcome to argue with right-wing family or friends, but you’re wasting your time. (Although if you try, rules #1, #2 and #3 are your best shot.) Clinton would have beaten Trump if less than 39,000 Americans had switched their votes in just three states. So, don’t worry about the haters. If we can persuade just a tiny percentage voters, we’ll win the next battle.

U.S. courts and U.S. Senators have the power to block the radical right, but you have little ability to affect them. The place where you have the most influence is with your local state legislators, city council members, county commissioners and school boards. Local governments have the power to resist, refuse cooperation, and help those afflicted by the Trump Administration. Persuade them to do so.