Five Things You Need to Stop Believing about Entrepreneurship 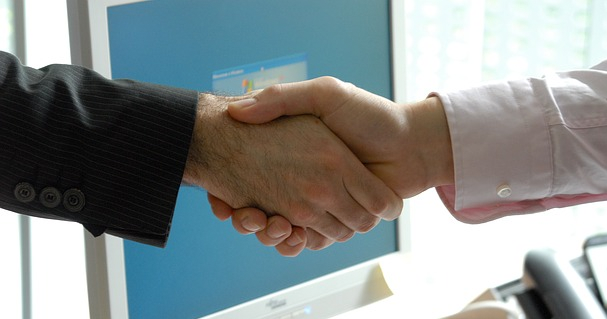 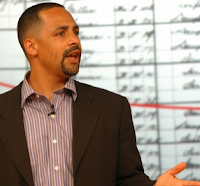 Chris Rabb knows a lot about entrepreneurship and its rewards, but he has also learned (and written his book) about the limitations that seemingly invisible factors enforce on a number of entrepreneurs. The Horatio Alger myth states that anyone with a good idea, drive, and pluck and succeed, but Chris disagrees.

Here are five ways we have been programmed to think about entrepreneurship that are entirely inaccurate:

1. Entrepreneurship is Part of the American Dream

Whether you read Horatio Alger or if you listen to the financial gurus on television, all you need to achieve material success in business, it appears, is to work hard, have a great idea, and radiate positivity. The problem here is that as straight-forward as this advice may sound, it's simply not true.

There is no statistically significant correlation between hard work, development of an objectively great idea or embodiment of a positive outlook on life and conventional business success. It's called the American dream because it is just that -- a fantasy not rooted in any reality.

Entrepreneurship is really more about innovation and opportunity than it is about smallness. Small businesses are defined by the Small Business Administration (SBA) as any for-profit, non-farm firm with fewer than 500 employees. That's over 99% of all U.S. firms! So, does that mean that 99% of all businesses are also entrepreneurial?

Just because a firm is small or new doesn't make it entrepreneurial. And the reason small businesses are considered the engine of the U.S. economy? Because 997 out of every 1,000 firms is a so-called small business. That's just cloudy math.

3. Entrepreneurship is inherently good, ethical, and beneficial to all.

Remember Enron? Enron was emblematic of corporate entrepreneurship. They created opportunity through bold innovation to maximize profit. Starbucks Coffee was a great independent, entrepreneurial venture before it became the mom-and-pop-coffee-shop-killer. Entrepreneurship is agnostic. Like so many things, it can be leveraged in service of greed and graft or for puppy dogs and rainbows. The choice lies in the hands of the founding teams, their investors and how society advocates and rewards entrepreneurs to conduct their businesses.

Entrepreneurship appears to be one of the last pursuits that most people believe takes place on a level playing field. Unfortunately, these people are just plain wrong.

Assuming you're not a eugenics buff, it would stand to reason that the rate of business participation in the U.S. would more or less mirror the diverse demography of our country. It doesn't. While anyone can start a business, what it takes to fund, grow and sustain a business is highly predicated on the extent to which you have and know how to leverage invisible capital. Invisible capital is that fickle mix of human, social, and cultural capital that together encompasses your skills, experiences, resources, knowledge and networks along with the ascribed assets one has that they cannot control or change such as gender, ethnicity and class of origin. Invisible capital determines on which side the playing field rises.

We don't need more entrepreneurs or businesses in this country, we actually need fewer but better prepared business owners.

Every year about two million people start new ventures. Most of them meet an unceremonious end, and most of the ones that are still afloat are just barely so. The reality is, according to the Kauffman Firm Survey, it's easier to be accepted into an Ivy League college (16%) than it is to grow a business that will survive 4 years, generate annual revenues of $25,000 or more, and hire at least one employee (12%).

Given those odds, and given how, unlike your college choices, there are no "safety schools" when it comes to entrepreneurship, why would you push people in this direction?

Which of these misconceptions about business and entrepreneurship surprise you most? Which do you quietly admit you (used to) embrace?