Five Powerful Collaborations That Could Have Been Monumental 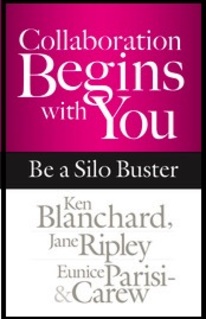 In his latest book, Ken Blanchard talks about collaboration and breaking out of silos. It's always amazing when people break out of their own silos and encounter others who are equally talented and gifted. These photos show the unlikely meetings of creative geniuses. One can only lament the fact that they did not go on to collaborate on projects together since the results would have been amazing to say the least.

Akira Kurasawa and Frederico Fellini admired each other a great deal and yet never collaborated with one another on any film projects. The perspective and depth each of these great film-makers brings to the screen would have been amazing when paired together.

John Cale, Lou Reed, Patti Smith, and David Byrne--four musicians who defined and shaped modern music in their own way. No one knows what they were all collaborating on in this photo, but it's a shame no one recorded four musical geniuses all working together. And they never played together again.

Frank Capra was a brilliant film-maker and Ernest Hemingway was an equally brilliant story-teller. Why these two never worked on a project together remains a total mystery.

Valentina Tereshkova was the first woman in space when she piloted Vostok 6 in 1963. She is pinning a medal on the lapel of the first person to walk on the moon--astronaut Neal Armstrong--in this photo. Due to the political limitations enforced by the cold war, the two would never work together despite having great respect and admiration for one another.

Malcolm X and Mohammed Ali were initially good friends but their friendship did not have the chance to truly grow as their partnership floundered due to various rifts engineered by Elijah Mohammed and the Nation of Islam. Malcolm saw in Ali a believer but also one given to being misled by others for their own gains. Unfortunately, Ali did not see it that way until it was too late. Turning his back on Malcolm is something that Ali says he regrets to this day.