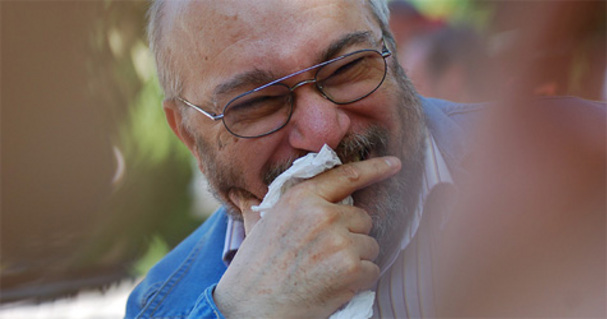 As Ken Blanchard and Mark Miller illustrate in their latest book, leadership is an ongoing process that has no end point. There is no juncture at which one can (or should) say, "Okay, I am now a leader, I need not learn any more."To illustrate this point, here are five famous people who did not step into their greatest leadership roles until they were much older in life:

1. Ethel Percy Andrus: The retired school principal is the founder of the largest organization for older people in the nation and among the largest in the world. Ethel was 74 when she founded AARP. Read more about her here.

2. David Cohen: Liberal Democrat and stalwart fighter for civil rights and a champion of the poor who served on the Philadelphia City Council for 38 years until he passed away at age 90. He was still fighting City Council when he passed away just a few weeks shy of his 91st birthday. Read more about him here.

3. Sarah Louise Delaney: A committed civil rights pioneer who rose to fame and became a leadership model to many after publishing her New York Times bestselling work "Having Our Say." She was 103 years old when she published the book. She published another book at the age of 107. Learn more about her here.

4. Mary Harris "Mother" Jones: A prominent American labor and community organizer who co-founded the Industrial Workers of the World. In 1902, at the age of 66, she was called "the most dangerous woman in America" for her success in organizing mine workers. She continued to work and speak about union affairs well into her 80s. Learn more about her here.

5. James Fisher: A celebrated blacksmith who returned from retirement to become the first person over the age of 100 to achieve the ACA qualification.