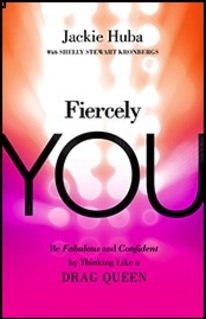 In Jackie Huba's latest book, she explores how drag queens and kings manifest supreme confidence to tackle and tack on the world and how we can all learn from them.

But men and women in drag--though common enough in urban areas--still inspire all sorts of misinformation. Here are five common myths about them (and the truth):

1. All drag queens and kings are gay: Actually, they're not. A number of them are, yes, but there are many who are straight. Drag can be a form of gender-identity but it can just as much be about self-expression or art.

2. All drag queens want to be women; all drag kings want to be men: Some may be transgender or have such aspirations but many are perfectly happy with who they are and dressing in drag is a form of self-expression and a way to explore and portray other aspects of their personality.

3. Drag queens are "lesser" men: Actually, it takes some serious guts to express yourself in this way when society tends to view the feminine as weaker and "softer." Men all like to project a "manlier" image of themselves through posturing and all else, but it takes confidence to project a more feminine image. Also, there are a number of drag queens whom you wouldn't want to get in a fight with.

4. Anyone can be a drag queen: It's actually more challenging to be a drag queen or king--even if just as art--than most other roles. It's not just a matter of being able to put on makeup, dress, and move differently, but to also manifest an entirely new identity and persona. There are many gifted actors and some are gifted drag performers but most just can't pull it off.