Five Misconceptions about Compromise at Work 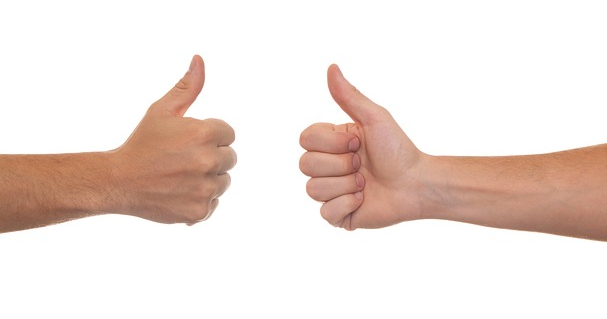 Elizabeth Doty has conducted extensive research into personal integrity and authenticity in organizations and has seen how people get caught in traps where they compromise their personal values for what they believe is a greater goal (career, income, etc.). If there's one thing Elizabeth has learned, it is that nothing is worth compromising one's core values. Here are five myths about making compromises at work:

Myth 1: Good companies and leaders don't create unhealthy pressure to compromise. Actually, even good companies and leaders can create an unhealthy pressure to compromise because of leadership blind spots and inattention. One study in 2007 by the National Ethics Resource Center showed that even in companies with a strong ethical culture, up to 24% of employees observed at least one incidence of ethical misconduct within the prior twelve months.

Myth 2: You always know if and when you're crossing a line. The truth is that compromise is more likely to be gradual because systemic blinders make it hard to see at the time. According to Max Bazerman, ethicist and negotiations expert at Harvard Business School, “Even good people sometimes will act unethically without their own awareness.” Numerous studies show this is true, due to biased and faulty perception, and natural human over-confidence.

Myth 3: You should just say no. "Just say no" is one strategy, but you'll need to be ready with more than just that when the pressure hits. You do need to be ready and willing to say no at any time. Yet the main reason people fail to say no is they do not feel strong enough when the pressure hits. The real moment of choice is far upstream, when you build up the personal foundations that give you the independence and courage to do the right thing.

Myth 4: Refusing to compromise means fighting back. Fighting is one option but it's not the only one. It is easy to end up in a battle of egos that is more about being right rather than helping the right thing happen. If you have built your skills, you have several options in addition to fighting back -- including candid conversations and skillful influence. The key is to choose the one that will yield the best outcome.

Myth 5: The company sets the terms. The company may have some terms but more is negotiable than you think. Organizations operate more like social networks than strict chains of command. Decisions and policies are continually shaped and reshaped through daily interactions where followers influence leaders as well as other followers. This means that though there are real risks, there is also room to negotiate if you are creative.