Five Leaders Done In by Their Own Troops 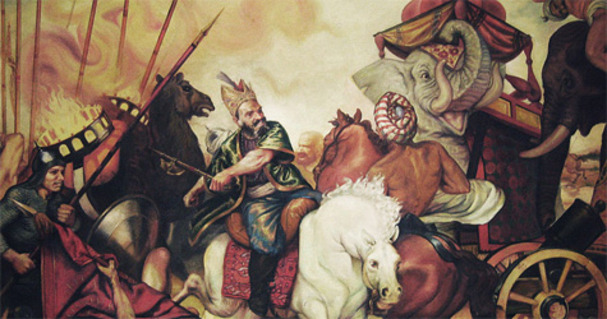 In Steven Snyder's latest book, he explores how leadership is a very challenging role that has no easy answers and a myriad of complexities and frustrations -- enough to test the most seasoned and hardy souls.

As a more entertaining but relevant look at the challenge of leadership, we compiled this list of five great military leaders who were killed by their own troops (the ultimate leadership challenge, we think, is to survive your own employees):

1. Captain Yevgeny Golikov
On June 13, 1905, the crew of the Russian cruiser Potemkin mutinied as a result of the poor quality of meat served on the ship. The Captain, whom many felt did not take the crew's demands seriously and treated them poorly, was seized by the mutineers and thrown overboard.

2. Nadir Shah
As the emperor of all lands occupied by the Persians in the early 18th century, Shah had defeated the Indians, Afghans, Mongols and even the Turks. However, he was known to be despotic and cruel and when his own military bodyguard murdered him in 1747, there was widespread approval of his fate.

3. Captain Pedro de Urzua
In 1559, Pedro de Urzua led an expedition of Spanish soldiers to the Amazon basin in search of the mythical golden city of El Dorado. After two years of searching, they were unable to discover any sign of the city and his men mutinied and killed him under the leadership of Lope de Aguirre.

4. Colonel John Finnis
On May 10, 1857, John Finnis, at that time commander of the 11th Native Regiment of the British Indian Army in Meerut, India, was informed that his troops were occupying the main parade ground. Finnis mounted his horse, went to the parade ground, and delivered a harsh lecture to his troops about their supposed insubordination and insulted them. The Indian soldiers responded by shooting and killing him, thereby triggering the Sepoy Mutiny.

5. Captain Lashkevich
In Petrograd (now St. Petersburg) on March 12, 1917, Captain Lashkevich commanded his soldiers of the Volynsky Regiment to fire on street demonstrators. His troops refused, and when he pressed them further, they shot and killed him instead. This marked a critical point in the Russian Revolution because the Volynsky Regiment then became the first Russian military unit to turn against the state and join the revolutionary forces.

Moral of these stories: leadership can be deadly.