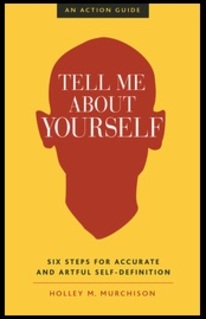 In Holley Murchison's latest book she talks about the importance of "artful self-definition" -- a way of letting people know about yourself that is more authentic and a fuller expression of who you are and what defines you.

When it comes to CEOs and leaders, people tend to define them singularly as "CEO of --" or "Leader and Founder of --" when in fact there's so much more to these individuals than the title. Here are some facts about five top leaders that rival anything on their resume as far as saying something about who they are as a person:

1. Sundar Pichai: Most people know him as the CEO of global web behemoth Google, but what most people don't know is how much education plays a role in his life. To this day he feels his father's disappointment that he never completed his Phd. Google announced the Internet Saathi initiative because of him and his experiences with his mother, wherein rural Indian women could gain internet literacy with the help of bicycles. His mother dropped out of school for economic reasons and he regretted she couldn't help him with his school work due to her incomplete education.

2. Chuck Robbins: Most people know him as CEO of Cisco, but what most people don't know--because this remains a rare phenomenon for top-tier CEOs--is that he is very active on social media. Most of his posts are high-enthusiasm in nature, coming complete with multiple exclamation marks as well as an unsurprising support for the UNC Tarheels. However, there are also some examples of his personal sense of humor mixed into the lot, as shown by one tweeted joke about wanting autonomous cars in response to his daughter getting her driver’s license. Whatever the case, it is clear that Robbins prefers to be authentic rather than stiff and over-professional when it comes to his social media accounts.

3. Sheryl Sandberg. Most people know her as COO of Facebook and an advocate for women in business and society. Many dismissed her book "Lean In" as convenient advocacy from an elitist in a power position but Sandberg's support for women goes back a ways before her career took off. Studying gender and economics at Harvard, Sandberg co-founded the group Women in Economics and Government on-campus. While at Harvard, Sandberg wrote her thesis, “How Economic Inequality Contributes to Spousal Abuse.” At the time, her thesis advisor and mentor was Larry Summers, who served as the treasury secretary under President Bill Clinton, the director of the National Economic Council for President Barack Obama and the chief economist at the World Bank.

4. Tim Cook: Most people know him only as the CEO of Apple. However, a lot about him is in stark contrast to his predecessor and Apple founder Steve Jobs. Steve, and Apple as a whole, was never too inclined towards environmentalism and social justice. Cook is serious about sustainability and green energy sources. Cook hired the Lisa Jackson, who headed up the Environmental Protection Agency under President Obama to be the company's Environmental Chief. At a shareholder meeting last year, he also notably told investors that "If you only want me to make things, make decisions that have a clear ROI, then you should get out of the stock." He has also been a big supporter of anti-discrimination legislation, and for three years running, has auctioned off lunch with him and tickets to an Apple keynote for the Robert F. Kennedy Human Rights campaign. Kennedy and Martin Luther King's photos hang in his office.

5. Indra Nooyi: Most know her as the CEO of PepsiCo who has overseen the company's profitability rise several times over. What most people don't know about her is that she writes more than 400 letters each year to the parents of her senior executives. The letters are a unique display of gratitude. When Nooyi first became CEO of the now $150 billion company back in 2006, she visited India, where she had grown up, to see her mother."When I got home and I sat in the living room, a stream of visitors and random people started to show up. They'd go to my mom and say,'You did such a good job with your daughter. Compliments to you. She's CEO.' But not a word to me." Nooyi realized that it was her mother and her late father who were responsible for much of her success. They deserved to reap the praise.

Best one was writing letters to the parents and praising them to make their child a little different for the betterment of society.