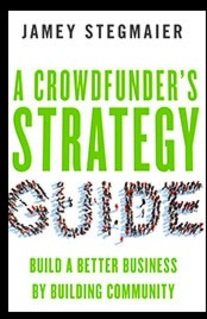 Jamey Stegmaier's latest book shows innovators how to crowdfund the right way--by not just being innovative and creative, but by building community support that goes well beyond just financial. Of course, crowdfunding has always been an option for entrepreneurs of all stripes, but some have attracted a great deal of controversy.

Here are just five Kickstarter campaigns that generated a whole lot of negative publicity for their creators:

1. Successful Actor Asks Average Joe for Money: Zach Braff may not be an A-lister in Hollywood, but he is certainly no unknown. With numerous seasons of the television sitcom Scrubs under his belt as well as a hit indie film, he remains one of the most recognizable faces in tinseltown. So, when Zach Braff went to the general public to ask for $2 million to finance his next film, many were a little disgusted. Braff could have easily used his own money or secured financing but was asking for charity instead, many felt. Worse yet, after he hit his goal, he received an additional infusion of cash from a private financier anyway. That just really ticked people off.

2. $40,000 to Make Potato Salad: A man named Zack Brown decided to post a Kickstarter campaign page to raise $10 to make a potato salad. What started as a silly joke snowballed into a phenomenon as thousands of people started donating money towards the campaign. Brown finally had over $40,000 in pledges. So what was the controversy? Many felt that Brown was taking attention away from other, more deserving projects while also clearly lining his own pockets. Many protested or told others not to donate money while others insisted that Brown give the money to charity. It definitely was a big mess for a while.

3. A Primer on How to Abuse Women. A self-professed "pick-up artist" launched a campaign to get funding to publish his book on how to attract women. The problem? The methodology he espoused (which included forcibly invading private space and physically dominating women) was, according to many, basically endorsing rape (he even went so far as to say "...don't ask for permission..."). Despite the ensuing public outcry, Kickstarter did not cancel the campaign (even though it did release a statement indicating displeasure with the project). The project hit its funding goal and Kicktstarter pocketed its 5%.

4. Another Hollywood Star Asking for Money: While Zach Braff may be a newer name to most, there is no debating that Spike Lee is and has been a known Hollywood film-maker and director for decades. So when Lee launched a Kickstarter campaign to raise $1.25 million to finance his next film, quite a few people were upset. While indie film-makers opt to use crowdfunding for their projects, none of them have the clout (or the presumed bank balance) of someone like Lee, and they resented having to compete for dollars with someone who clearly had other funding options. Lee made his goal and then some, but not without fallout.

5. Open-Source Technology--for a Price. When initially launched, the Anonabox seemed like a great idea. The Anonabox was a plug-in internet router that would supposedly anonymize your online activities. It sounded great until people noticed that the software the Anonabox used was essentially open-source despite claims to the contrary by its creators. The "proprietary hardware" was also discovered to be cheap, off-the-rack Chinese routers that anyone could purchase by the hundreds. Charging $51 for something that costs less than $1 to build and zero to program, and then insisting that the software and hardware were especially developed for this gadget didn't sit well with most people. Anonabox was booted off Kickstarter but still managed to hop over to competitor Indiegogo where they successfully raised the funds they needed.

The Future of Augmented Reality
As this video shows, the future promised by augmented reality and the immersive spaces it creates is truly amazing.
Read more...

Jimmy Dean Customer Complaint That Boosted Profits
[WARNING: This recording includes R-rated language. Please move your children away from the monitor]Even though it is not actually a video in the traditional sense, this customer hotline recording...
Read more...

A Letter to Richard Branson
One customer decided to write to Richard Branson, founder of the Virgin empire, about the horrible experience that he had on a Virgin Atlantic flight. The letter then became a video and soon...
Read more...