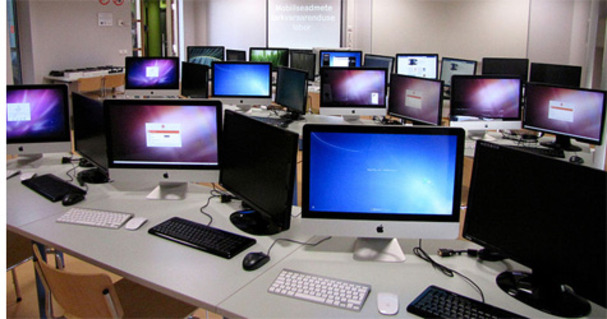 In his latest book, Mike Song teaches you how to use software and technology in the most effective ways possible to minimize your labor and time while maximizing quality and results. All of his tips and instructions have been tested multiple times to make sure they work. Of course, not everyone has been that lucky with software and tech, and here are just five of the biggest software blunders in recent history:

1. The Most Expensive Hyphen In Software History

One of the earliest software fails occurred in 1962 with NASA’s Mariner 1 spacecraft on route to Venus. Before it even left the Earth’s atmosphere, ground control, while trying to correct a steering problem, activated the self-destruct button. Rumour has it that there was an errant hyphen in the software program that caused the problem. Whatever caused it, Mariner 1 self-destructed and ended up throwing $134 million in today’s money into the fire (literally).

This goes down as probably one of the most embarrassing on record because Microsoft founder Bill Gates was the person being shown the demonstration (along with hundreds of others in the audience) at Comdex'98, a national computer conference. As Microsoft marketing guru Chris Capossela was showing to the audience how to connect drivers for a scanner utilising Windows 98, the dreaded Blue Screen Of Death appeared. (The Blue Screen of Death is non-recoverable and thus the system crashed.) To his credit, Gates rolled along with it all and even cracked a joke.

This will go down as the biggest software malfunction that never was because it was fueled entirely by human hysteria. A perceived inability by computers to recognize the year 2000 as a new century had people worrying how payrolls wouldn’t be met, files would get lost in the ether of date confusion and planes falling out of the sky as the clock struck midnight on January 31, 1999. Millions were spent trying to fix the problem, and eventually it was solved. The fix that cost so many millions? Expanding two digit years to four digit years in programs, files and databases. Five minutes, in most cases, to update.

Introduced in 2006, Windows Genuine Advantage was never a popular initiative with Microsoft's customers. All it did was help Microsoft root out software piracy. In that task, it was as vigilant as, well, an overenthusiastic vigilante. In late-August 2007, it found piracy everywhere it looked -- even among thousands of legitimate Windows customers. But it got worse: on Friday, Aug. 24, someone on the WGA team accidentally installed bug-filled update on the main servers. So for 19 hours, the server flagged thousands of WGA clients across the globe as illegal, told tens of thousands of Windows XP customers they were running pirated software and remotely turned off features on tens of thousands more Windows Vista users.

It is a truth universally acknowledged that Black Monday (1987), Wall Street's greatest ever loss in a single day, was all the fault of bugs in the computer models.

Except that it wasn't.

Program trading was relatively new and harder to understand back then, and people with diminished pension funds were anxious to find a scapegoat they could really lay the blame on. It was easier to point to a faulty program than to understand overvaluation, lack of liquidity, international disputes about exchange rates, and the market's notoriously bipolar psychology. Of course, program trading did contribute to the precipitous fall of American markets, but the trading programs just did as they were instructed. The fact that they sold as the financial markets collapsed around them wasn't a bug, it was a feature -- just not a well-thought-out one.