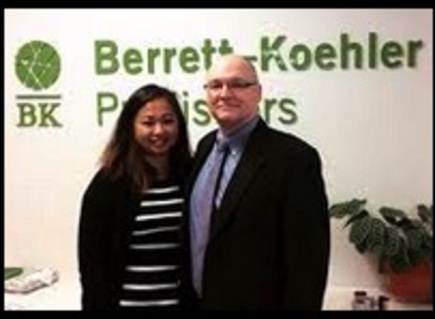 Jeff and Staney DeGraff's latest book, The Innovation Code, explores how innovation is often a result of conflict, not harmonious flow. Look carefully at a successful company or community and you will see at its center one or more pairs of unlikely partners, politely pushing and shoving each to create something better or new.

Here are five such innovations that came out of conflict in five very different arenas:

1. Money: Berkshire Hathaway is arguably the most successful investment and holding company in American history. Yet, Chairman, Warren Buffett, and Vice Chairman, Charlie Munger each sound like the alter ego of one brilliant mind. At the celebrated Berkshire Hathaway annual meeting in Omaha, Nebraska, Buffett, a methodical investigator, discusses his investment strategy with a folksy demeanor. Conversely, Munger, a brilliant iconoclast, displays his mercurial wit and flair for the curmudgeonly quote. Each was reasonably successful on their own before they met, but together they not only schooled Wall Street, but also changed how the run of the mill investor managed their money. Sometimes constructive conflict isn’t obvious. Both Buffett and Munger report that in their 50+ years as partners they have never had a quarrel. Yet, each serves as a foil to the other. What they share is a common approach to systematically accruing wealth via value investing, albeit with an almost oppositional temperament and set of skills.

2. Music: When veteran Robert Sherman returned to civilian life he planned to embark on a career as a serious novelist. When younger brother Richard Sherman came home, he had aspirations to be a celebrated composer. The only problem was that post-war America wasn’t particularly interested in employing either of them. So on a bet by their father, a Tin Pan Alley songwriter, they worked together to write a few tunes and make just enough money to start their “real careers.” They didn’t particularly enjoy working together. Robert crafted the lyrics with the slow precision of a brooding poet, while Richard seemed to spontaneously create ebullient melodies. Together they had sold a few songs made popular by Disney Mouseketeer Annette Funicello in the early 1960s, and the difficulty they had working together seemed to be assuaged by notoriety they achieved and the small taste of prosperity that went with it. In 1964, Walt Disney commissioned the two to write a song for the It’s a Small World Exhibit at the New York World's Fair. The rest is history. The Sherman Brothers went on to write the music for Mary Poppins, The Jungle Book, Winnie the Pooh, Chitty Chitty Bang Bang, and dozens of family friendly standards. They parted ways in 2002, and never worked together again, or created anything memorable. The tension was just too much to endure. Neither achieved their early aspirations, but along the way the created the American soundtrack, including that annoying little earworm.

3. Food: Every foodie knows the story of Julia Child, who brought French cuisine to America via her cookbooks and PBS program. But what is often overlooked is the role of her husband Paul Child. Funny, improvisation and uninhibited, Julia had worked for the US intelligence community in India and China during the Second World War. A most exotic life for a young woman given the times. But during one of her assignments, she fell in love with a sophisticated US diplomat ten years her senior, and followed him to his post to the American Embassy in Paris. Paul encouraged Julia to attend the world-famous Cordon Bleu cooking school where she met Simone Beck and Louisette Bertholle. Together they labored for years on their bestseller, Mastering the Art of French Cooking, which made haute cuisine accessible for mainstream Americans. Paul helped with the business and the details: fine-tuning the manuscript, securing photos and illustrations, arranging introductions to top agents and publishers. When they returned to Boston in the early 1960s, Paul worked behind the scenes to parlay the success of the cookbook into a public television program. Julia’s breezy and self-effacing style made her a natural in front of the camera, and The French Chef became a sensation. Paul was the invisible innovator behind Julia, doing the work she couldn’t do, all the while supporting her aspirations. Their clear roles made their different approaches manageable. Most duos are united by the love of the work, the Child’s by the love of each other.

4. Sports: In 1992, Shaquille O'Neal was the first player taken in the NBA draft. Over seven feet tall, and 300 plus pounds, Shaq was the most dominant big man in the league from day one. Kobe Bryant was the first guard to ever be taken out of high school, and became the youngest NBA starter ever. In 1996, the two men found themselves on the same team: The Los Angeles Lakers. Shaq was the established superstar and the defacto leader. The Lakers strategy was simple: get the ball to Shaq in the lane where he could muscle his way to the basket. But this approach only got the team to the first round of NBA playoffs. O'Neal’s easy going demeanor was publicly criticized by the younger Byrant, and years of trash talking followed. In 1999, the Lakers hired Phil Jackson, who had previously coached the Chicago Bulls to a record breaking six championships, to unite the feuding team mates. Jackson saw the potential to create a new hybrid approach to basketball, inside-out and outside-in. With O’Neal, the Lakers were powerful. With Bryant, they were fast. Jackson deftly added players to the roster to better support both of them. The result was three NBA championships in a row. While previous coaches had viewed the tension between the two superstars as a distraction, Jackson saw it as a source of creative energy.

5. Education: Saieh Hall for Economics has been the sight of some of the greatest contests of derring-do in the free world of meaningful commerce. Home to 28 Nobel Laureates over the past century, the University of Chicago Department of Economics has created an educational dynasty. Famously contentious and quarrelsome, every speech, research finding and published paper is an opportunity for disputation. But that’s what moves the field forward. Imaginative new theories are debated like heavyweight title fights. The contests between the late Muhammad Ali and Joe Fraser had nothing on Milton Friedman and Merton Miller. Monetary policy, options, derivatives, and most other modern aspects of finance, for better or worse, are the inventions or improvements of the “Chicago Boys.” Thankfully, these days their ranks include women as well. Talent is prized above all. No subject is out of bounds as anyone who has read Professor Steven Levitt’s bestseller, Freakonomics, can attest. There are no safe spaces or trigger words at the UC Department of Economics where the esprit de corps of full engagement is encouraged, and innovations abound.

Innovation requires diversity of thought and skill to create new solutions. In this time of destructive conflict, imagine what you can achieve if you harness the generative power constructively to make innovation happen.

The Future of Augmented Reality
As this video shows, the future promised by augmented reality and the immersive spaces it creates is truly amazing.
Read more...

Jimmy Dean Customer Complaint That Boosted Profits
[WARNING: This recording includes R-rated language. Please move your children away from the monitor]Even though it is not actually a video in the traditional sense, this customer hotline recording...
Read more...

A Letter to Richard Branson
One customer decided to write to Richard Branson, founder of the Virgin empire, about the horrible experience that he had on a Virgin Atlantic flight. The letter then became a video and soon...
Read more...