Five Ethical Quandaries (and How to Think Through Them) - Update 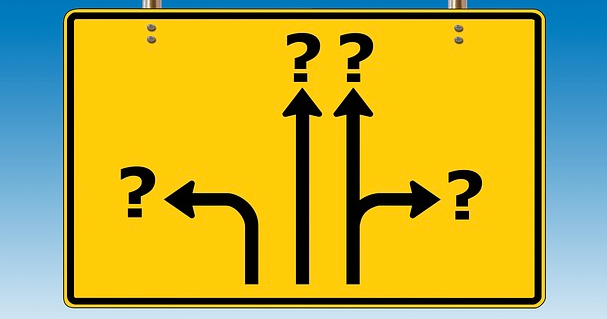 In his latest book, author Mark Pastin guides us through the process of ethical decision-making and how to do the "right" thing in our personal and professional lives. Mark argues that we each have an innate ethics sense to help resolve the thorniest ethical issues. Of course, resolution is not always about making the choice that feels best, but does best for all.

Here are five trickier ethical situations along with Mark's advice as to how to think through them:

Ethical Quandary #1: An Offer You Can't Refuse
Just after your current employer has promoted you and given you a substantial raise, you receive an attractive job offer from a direct competitor. When you got your promotion, you told your boss that you were “in it for the long haul,” but now you're not so sure and feel tempted. You wonder if you should tell your boss about the offer.
How to Think This Through
You have to decide if you owe loyalty to your employer and your boss. Even though your current company promoted you, that promotion was based on earned merit, not projected future loyalty. To make an ethically sound decision, look at the situation in the eyes of the other affected parties. If you were in their shoes, what would you expect? And, more importantly, is this expectation reasonable?
Ethical Quandary #2: My Back Yard
A developer wants to build a casino immediately adjacent to your neighborhood. You recognize that the casino will benefit most of the community -- except for those who live adjacent to it. You wonder if it is right to oppose the casino based on your interests and the interests of a few others in the neighborhood.
How to Think This Through
While you are correct to consider the benefits to all concerned, there is more to the story. You also need to consider the benefits and entitlements of having a system of property use that protects property holders. So it comes down to whether the benefits to the community outweigh the benefits of protecting the rights of property holders. Be sure to factor in your own bias as someone directly affected by the casino.
Ethical Quandary #3: No Pain
You are a doctor and one of your patients who opposes euthanasia on religious grounds, asks you to do "whatever is necessary" to stop his pain. The level of drugs needed to stop the pain will almost certainly kill the patient in short order. The patient recognizes this but still wants the pain stopped.
How to Think This Through
The patient's religious beliefs prohibit euthanasia and yet you are being asked to participate in actions having the same outcome as euthanasia. Consider your own ethical rules on how to practice medicine. You are being asked to challenge your own conscience in order to relieve the patient's conscience. This is not just between you and the patient, but between you and your conscience.
Ethical Quandary #4: Bell Curve Blues
A scientific experiment you conducted on genetic inheritance seems to inadvertently show that people of certain races are less intelligent than people of other races. You personally did not hold such opinions prior to the research and you are not entirely happy with these findings as they challenge your personal beliefs. You wonder whether you should publish this research. You know that many will distort your conclusions to support their own racist beliefs.
How to Think This Through
While a scientist is required to respect the scientific method, this does not mean that you are obliged to publish everything the data supports. While you have to face the facts, you do not have to publicize them especially if they are open to misinterpretation. You have to decide whether the benefits of sharing this research publicly outweigh the likely fall out from it.
Ethical Quandary #5: Speed Kills
The company you work for is deciding whether to build a super fast car for street use. With some tricky maneuvering, the company has managed to find a loophole to make what is essentially a professional race car street legal. There is a demand for the car and your company desperately needs the boost this signature product would give it. But you wonder if it is right to produce a car whose purpose appears to be little more than for racing on public streets and highways.
How to Think This Through
Consider the interests of the parties to this situation. While the interests of your company are clear enough, you have to consider the interests of those who might be affected if the car is built and sold. It is not only the drivers of super-fast cars that are injured by them, and by creating a car that encourages unsafe speeds, you're almost guaranteeing future accidents. On the other hand, if your company does not build the car, won't some other company make an equally fast car?  Does this make a difference?