Five Erroneous Assumptions We All Make About the Poor 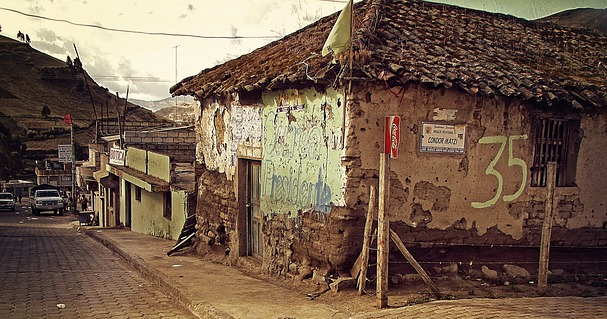 There are more myths than facts about poverty and the poor in America, which is why John Hope Bryant's  new book challenges us to think and act differently by seeing the poor as the key to a stronger economy for all.

Here are just five of the most common errors of assumption made about the poor:

False Assumption #1: Black fathers who are not present in their children's upbringing contribute to delinquency and crime which lead to poverty in minority communities.

The Truth: This is an example where racial social stereotypes do the most damage, but the facts don't back them up. According to reports  by the US Department of Health and Human Services, among men who don't live with their children, Black fathers are statistically more likely than White or Hispanic fathers to have a daily presence in their children's lives.

False Assumption #2: Handouts to the poor are bankrupting the US economy.

The Truth: During the elections, many candidates argued that nearly half of American households receive government benefits but recent research by the National Poverty Center shows that a declining proportion of these benefits go to the poor, and most of what goes to the poor goes in form of in-kind benefits than cash. In any case, the Center on Budget and Policy Studies confirmed in their research that total welfare funding was 0.47% of the federal budget -- not exactly enough to bankrupt a national economy.

False Assumption #3: Poor people make stupid decisions that bring these problems on themselves.

The Truth: As countless accounts and reports have confirmed, poor people make the sorts of decisions that would most likely serve the the best in their current environment. Poverty is seen by the poor as a permanent state (they will never not be poor, in other words) and so all decisions are based on short-term gains and not long-term outcomes. Such decisions are easy for us to label as foolish, but then again, we have the luxury of hope and optimism.

False Assumption #4: Panhandlers and the homeless are misty lazy alcoholics and drug abusers who prefer not to work because they can get rich from the charity of others. And they prefer living on the streets.

The Truth: Myths such as this one are perpetrated at all levels. FOX News's John Stossel himself aired a now-notorious segment where he claimed that some homeless people can make up to $80,000 a year tax-free just from panhandling . It didn't take long for scientific surveys to disprove this nonsense by presenting research that showed that on average, a panhandler made $25 a day and despite what others think, over 90% didn't spend their earnings on liquor and drugs. Also, just 3% of homeless people actually indicated they would prefer to be on the streets.

False Assumption #5: We are winning the war on poverty!

The Truth: We're not. Recent research by the National Women's Law Center indicates that the number of households with children living on less than $2 a day per person has grown 160% since 1996.  Over 1.65 families fit into this category in 2011 and the number is thought to have grown significantly since then.