Five Deens that Make the Difference 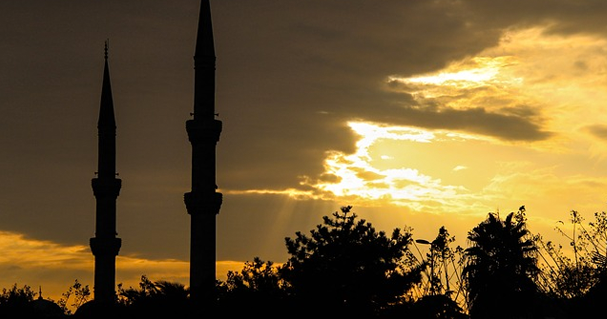 Author Ibrahim Abdul-Matin is a practicing Muslim and a dedicated environmentalist. It would surprise many to know that these two aspects of his life are essentially the same thing. This is because Islam advocates for sound, humane, and sustainable environmental practices.

In fact, many Muslim groups and organizations have been putting environmentally-conscious principles into practice for a while now. Below, Ibrahim lists five examples of measures being enacted by Muslim organizations and governments worldwide to encourage greater environmental guardianship:

Greening the Hajj (Holy Pilgrimage to Mecca/Medina): The Saudi Government

Hajj is the single most largest gathering of humans on the planet Earth. Upwards of two million Muslims each year gather in Mecca, Saudi Arabia, to pay respects to the Holy City and to participate in thousand-year-old traditions signifying their commitment to God. With this gathering comes a giant carbon footprint including transport vehicles such as airplanes and cars, and waste products from packaged food and water bottles. The Saudi government is working on both fronts to reduce energy emissions and trash. First, the government is developing a rail system with stops for all the cities that are visited during the Hajj. By 2011, the train will transport almost 72,000 passengers every hour, reducing the need for automobiles by thousands. Then, the Saudi government aims to ban plastic bottles -- thereby dropping the some 100 million plastic bottles accumulated after Hajj, to zero.

Ramadan is the holy month when Muslims fast for 30 days -- each day from sunrise to sunset. Ramadan is also a time of community development -- each night, to break the fast, hundreds of people come together at mosques around to country to eat and pray together. This is called, "Iftar." Iftars can generate a lot of trash including paper products, leftover food, and assorted plastics. The D.C. Green Muslims held the first ever "Zero-trash Iftar" this past Ramadan. At this Iftar, attendees had to: bring food to share in a reusable dish; bring their own water bottle or drink receptacle, and bring their own plate, cutlery and linen napkin. Food is served by volunteers and each person is asked to only take what they know they can finish. The result: Zero-trash and inspiration to make every Iftar one without waste.

Zabiha is to Muslims like Kosher is to Jews. Zabiha meat is sacrificed in a very specific way -- with a single cut to the animal's jugular vein to minimize pain and to drain all blood, preventing bacterial infection, and is also blessed. Considering meat is a staple of most Muslim diets, there is a push for Zabiha meat that comes from animals who have lived a good life. Consumers wish the meat to be from animals that were free-range, grass-fed, and well-treated by family farmers. Green Zabiha is advocated for in the Quran. Yasir Syeed, founder of GreenZabiha.com, wants Muslims to raise, harvest, cook, and eat food with a deeper consciousness.

The Muslim Community Association (MCA) is one of the largest Muslim congregations in Northern California. They are also home to the Muslim Green Team - young people dedicated to saving the planet because they believe it's their religious duty to do so. Each year, they sponsor an Eco-Fair, showing the adults of their community fun and unique ways to reduce, reuse, and recycle. Hundreds attend the Eco-fair, and everyone gets a reusable canvas bag and reusable stainless steel water bottle. The Muslim Green Team sets an example for everyone in the community.

The industrial world has gotten ahead by relying on energy from Hell -- oil, coal, non renewable sources that require extraction and destruction. As the developing world tries to catch up, they have a choice. The can choose to follow in the footsteps of the the developed world, or they can choose to innovate and turn from followers to leaders by choosing energy from Heaven. The Miller Family -- American Muslims dedicated to harnessing solar energy -- are helping the Sierra Leonian government install solar panels throughout the country's capital of Freetown.