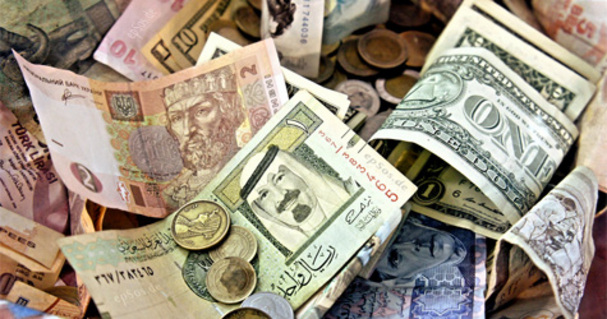 In Bernard Lietaer and Jacqui Dunne's book Rethinking Money , the authors reveal both the devastation caused by our current monetary systems and ways new currencies are being designed to repair that damage. Here are just five examples of complementary or cooperative currencies that have made a difference in the world:

1. Blaengawr, South Wales. The small rural village of Blaengawr, South Wales, which previously suffered from high unemployment and a bleak future, totally transformed itself within the space of ten years. Following the closure of its coal mining pits in the mid-1980’s, decay and blight set in, as there was no formal employment to replace that of the mines. On the Welsh index of material deprivation, the former mining village was 128th on the scale of 1,800 communities with one being the worst in the country. Today following the introduction of a local currency and timebanking , the rural community stands in 735th place climbing more than 600 places over that period of time.

2. Various locations throughout Japan. The fureaikippu system in Japan provides elderly or handicapped people with any services not covered by the official national healthcare program. Its units are accounted for in hours of service. In what amounts to a healthcare time-savings account, caregivers who provide for the elderly in the fureai kippu system accumulate credits and may draw on these in a variety of ways. They may use this currency themselves if they are ill, or they may elect to electronically transfer part or all of their fureai kippu credits to parents or relatives who require care and may live in another part of the country. Currently there are an estimated 387 fureai kippu systems now operational throughout the country.

3. Switzerland. The WIR banking system and currency in Switzerland has been in operation for over 70 years and is responsible, by in large, for the country’s legendary economic stability. The WIR currency -- a type of barter-currency -- circulates among businesses in parallel with the national currency. Participants can borrow secure lines of credit from the cooperative in WIR currency at low interest rates ranging from one to one and a half percent. All such loans need to be backed by inventory or other assets.

4. Rabot, Belgium. Rabot is an immigrant district in Ghent, the fourth largest city in Belgium, and is the poorest community in the entire region. Many inhabitants wanted to have access to a few square yards of land for growing vegetables and flowers. The city-owned land in the neighborhood included a site where an old factory had been demolished. This land was divided up into plots measuring four square meters each, and became available to rent on an annual basis at the cost of 150 Torekes , a newly introduced local cooperative currency.This currency can be earned by performing tasks from a long list of urban agricultural improvements and beautification activities.

5. Your wallet. The most recognized example of a complementary currency is frequent flyer miles. These so-called loyalty currencies are the largest cooperative currency system in existence today. Since American Airlines introduced the first of these programs more than 30 years ago as a marketing promotion, there are currently some 92 airlines issuing miles. Increasingly, frequent flyer miles are redeemable for a variety of services besides airline tickets, such as long distance and mobile phone calls, hotels, cruises and catalog merchandise. They have developed into corporate scrip - a private currency issued, in this case, by airlines. In fact, about 54 percent of miles are not earned from flying. Instead, credit cards that offer bonus miles with purchases have become the most popular way to earn frequent flyer credits.