Five Companies with Almost No Hierarchies 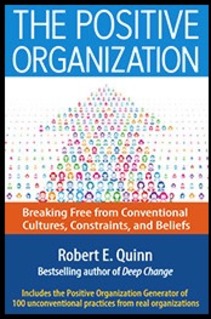 One of the issues Bob Quinn addresses in his latest book is the idea of organizational hierarchies--that all companies and organizations must strive for a more rigid and regimented top-down operating style. In such organizations, Quinn believes, there is less authenticity in communications and employees tend to be less purpose-driven. A positive organization minimizes hierarchy and contributes more to invidual employees' happiness and satisfaction with work.

But is this just hand-holding, kumbaya-singing, feel-good philosophy? Hardly. Here are five established companies that have tried to do away with as much hierarchy as possible (and have done better for it):

1. Valve: The $4 billion dollar technology and gaming company operates under what is called anarcho-syndicalism. Anarcho-syndicalism is an economic theory with roots in the early 19th century that articulates a form of government in which self-organized cliques of labor work together to directly achieve goals. The way this manifests at Valve is that there are no "bosses." After an endogenous process in which a self-organized committee hires a new employee, he or she is free to join and freely move around any of the company’s myriad of projects. Where Google boasts 20 percent free time for its employees to pusue their interests, Valve boasts 100 percent free time.

2. Gore: Since Bill Gore founded the company in 1958, Gore has been a team-based, flat-lattice organization that fosters personal initiative. There are no traditional organizational charts, no chains of command, and no predetermined channels of communication. Instead, people communicate directly with each other and are accountable to fellow members of multi-disciplined teams. They encourage hands-on innovation, involving those closest to a project in decision making. Teams organize around opportunities and leaders emerge organically.

3. Cloudflare: Recognized by the World Economic Forum as a technology pioneer and ranked among the top ten most innovative companies by both Fast Company and the Wall Street Journal, Cloudflare offers services and security for various web entities. Immediately after their first board meeting, Cloudflare founder Matthew Prince and his co-founders made a radical decision: No employee at CloudFlare--a company that now processes 250 billion page views a month through its security apps--would go by a hierarchical job title. There would be no VPs, managers, or executives, only engineers, designers, etc. Prince maintains that checking egos at the door ensures that the quality of an idea--not a person’s rank--always wins.

4. Morning Star: The world's largest tomato processor has no managers, no directives from above, no promotions and no titles. Instead, there is the philosophy promulgated by Morning Star's founder Chris Rufer. More than 40 years ago, Rufer launched a trucking company to haul tomatoes to canneries. The work did not lend itself to the management theories he had learned as an MBA student at UCLA. What worked then for a one-truck business works today for a company that swells to more than 2,400 employees in tomato season. Morning Star calls what it practices self-management. But it is also mutual management: Employees' decisions about what they will do are determined largely by their commitments to others.

5. Zappos: In 2014, the well-known retailer eliminated traditional managers, did away with the typical corporate hierarchy and get rid of job titles, at least internally. The unusual approach is called a "holacracy."  The idea is to replace the traditional corporate chain of command with a series of overlapping, self-governing “circles.” In theory, this gives employees more of a voice in the way the company is run. According to Zappos executives, the move is an effort to keep the 1,500-person company from becoming too rigid, too unwieldy, and too bureaucratic as it grows.

Leadership for an Uncertain Time

Live Your Values
The management team at Xilinx, a San Jose, California-based semiconductor company, has built a culture where adhering to their values is second nature. Leading the way is CEO Wim...
Read more...

Learning the Language of Positivity
How Bilingualism Can Lead to a More Positive CultureThis past Monday, we had the pleasure of hosting author of Deep Change: Discovering The Leader Within, Robert E. Quinn during one of our beloved...
Read more...

Social Sector Meets Start-Up Efficiency
More often than not, social sector startups fail to gain traction on enabling the change that they wish to accomplish. Why is this an industry norm?This past Wednesday, we were joined by author...
Read more...

7 Ways to Respect the Tech
For the last 15 years, I have coached technologists to improve performance, transition more successfully to management and leadership roles, and to lead more effectively. Time and...
Read more...