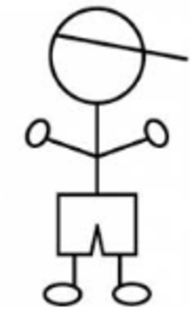 Son: "Dad, I met a great girl and I think I want her to be my girlfriend!"

Son: "It's Tina, the neighbor's daughter."

Father : "Ohhh I wish you hadn't said that. I have to tell you something, son, but you must promise not to tell your mother. Tina is actually your sister."

The boy is naturally bummed out, but a couple of months later...

Son : "Dad, I fell in love again and she is even cooler!"

Son: "It's Penny, the other neighbor's daughter."

Father : "Ohhhh I wish you hadn't said that. Again, can't tell your mom about this, but Penny is also your sister."

This went on couple of times and the son was getting really angry. One day, his mother notices.

Son : "Mom, I am so mad at dad. I keep falling for these girls in town but dad keeps telling me that I can't date them because he's their father!"

The mother smiles, hugs him affectionately, and says:

"Sweetheart, feel free to date any of the girls you like and don't worry about anything. He's not your father."

Moral of the Story: Those who assume they are in a position of power are often blind to the powers others hold.

The Best of the Thom Hartmann Program Volume I (Audio)

11 Ways to Rebuild Our Country