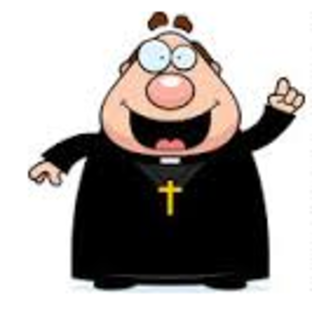 There was this old priest who got sick of all the people in his parish who kept confessing to adultery. One Sunday, in the pulpit, he said, "If I hear one more person confess to adultery, I'll quit!" Well, everyone liked him, so they spoke with the priest and came up with a code word. Someone who had committed adultery would say they had 'fallen.' This way, the priest knew what was meant but could pretend otherwise

This seemed to satisfy the old priest and things went well, until the priest died at a ripe old age. About a week after the new priest arrived, he visited the Mayor of the town and seemed very concerned.

The priest said, "You have to do something about the sidewalks in town, mayor. When people come into the confessional, they keep talking about having fallen."

The Mayor started to laugh, realizing that no one had told the new priest about the code word.

Before the mayor could explain, the priest shook an accusing finger at the mayor and said, "I don't know what you're laughing about. Your wife fell three times this week.”

Moral of the Story: In any group or organization, there is an internal vocabulary and terminology that if not properly relayed to newcomers could generate confusion.

Creating Strong Bonds with Your Customers