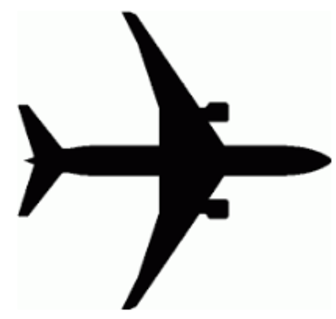 A lady was on a plane arriving from Switzerland. She found herself seated next to a nice priest wearing the traditional Franciscan cassock. She leaned over and  said, "Excuse me, Father, could I ask a favour?"

"Here is the problem, I bought myself a new sophisticated hair remover gadget for which I paid an enormous sum of money. I have really gone over the declaration limits and I am worried that they will confiscate it at customs. Do you think you could hide it under your cassock?"

"Of course I could, my child as I am responsible for helping others in any way I can, but you must realize that I cannot lie."

"You have such an honest face, Father. I am sure they will not ask you any questions," she responded, and gave him the remover.

The aircraft arrived at its destination. When the priest presented himself to customs, he was asked, "Father, do you have anything to declare?"

"From the top of my head to my sash, I have nothing to declare, my son," he replied.

Finding this reply strange, the customs officer asked, "And from the sash down, what do you have?"

The priest replied, "I have there a marvellous instrument designed for a specific purpose--usually by women, but which has never been used."

Breaking out in laughter, the customs officer said, "Go ahead, Father."

Moral of the Story: The truth can be told in more than one way.

Humanity's Agreement to Live Together

Turning to One Another

Simple Conversations to Restore Hope to the Future