Crazy Literary Fact of the Day: Who Gets the Royalties from "Mein Kampf"? 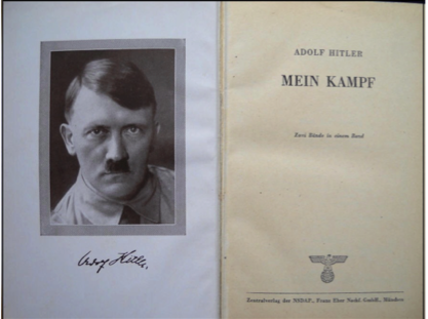 Who Gets the Royalties from Mein Kampf? Hitler was actually a very successful book author and his book sold over 10 million copies in his lifetime. From Mein Kampf, he earned about $12 million a year (adjusted for inflation) in royalties alone. The book is now in the public domain, which means anyone can publish it and keep the royalties, but who has been collecting the royalties all this time until it entered the public domain?

The only person who had a very legitimate claim to his royalties was his nephew Leo Raubal (Hitler's half-sister’s child), but Leo refused to have anything to do with the book or the profits. Therefore, Mein Kampf became the property of the state of Bavaria.

Up until 2015, Bavaria accepted royalty payments for the book and then redistributed the money to various charities.