BK in Germany: Myths, Awful Truths, and a World Cafe at the Junfermann Author Conference 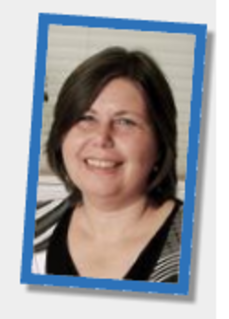 BK's publishing partner in Germany, Junfermann Verlag, hosted its own author conference with BK as the main attraction. Junfermann's own Heike Carstensen filed this report for BK readers and fans the world over:

On 16 April 2016, we at Junfermann Publishers were excited to launch our first ever author conference in Paderborn, Germany. A positive atmosphere and an exchange of mutually beneficial ideas lead us to believe that this was only the first of many conferences to come.

With about forty guests expected to arrive that morning, we made all the last-minute preparations for the event: laying out name tags, putting together the conference material, and checking that the conference room itself was ready. The guests who had travelled the farthest arrived first: Author of “Die Stärken der Stillen” (“Quiet Influence”) and “Geniale Gegensätze” (“The Genius of Opposites”) Jennifer Kahnweiler, and Vice President for Business Development and International Sales at Berrett-Koehler Johanna Vondeling came all the way from the United States. In Berlin, Jennifer had recently held a clinic arranged by Dirk Eilert and launched her book “The Genius of Opposites” just two days prior.

The conference focused on matters of publisher-author relationships and support. Issues discussed included what publishers and authors can do to promote books successfully as well as what kind of support authors expect from their publishers and, in turn, what the author will contribute to the effort. We were excited to hear from Jennifer Kahnweiler and Johanna Vondeling and to get their perspective as publishing experts from the U.S. to see what we in the German publishing industry could learn.

Jennifer Kahnweiler’s lecture brought us right to the heart of the matter with The Seven Myths of Book Marketing (you can also see the video of the presentation). Jennifer was followed by short talks by Junfermann staff Simone Scheinert (Marketing) and Stefanie Linden (Sales). Given the vast array of ideas and issues discussed, it was amply clear that we had a lot of material for the next portion of our event: the World Café. The discussions were lively and engaging. Before we got to the last part of the conference, Johanna Vondeling addressed The Ten Awful Truths about Book Publishing, which led to active discussions in part three of the conference, a panel discussion. The following conclusions were reached through dialogue and deliberation:

+ Authors would like to build stronger networks of practice as well as local networks of support and look to the publisher for assistance in such efforts.

+ Authors would like to use some kind of seal or logo which identified them as Junfermann authors and writers, which would help brand recognition for both the authors and the publisher.

+ Both authors and publishers agreed on the need for greater transparency and involvement of the author in decision-making around publications to counter the current sentiment that publishing seems an elusive “secret world” to most authors.

+ Despite some issues in the past, it was very clear that both publisher and authors felt that in-person bookstore events would benefit both sales and promotions and should be pursued more aggressively.

+ A greater need for open communications was voiced by both sides as it became evident that very often authors are unaware of the efforts being made by the publisher to promote their books while publishers were often unaware of all that the authors were doing to sell and market their books.

There were some hard truths, for sure, to be accepted, but some softer but no less relevant developments as authors and others mingled and existing friendships were renewed and strengthened while new ones were formed (including the possible establishment of a “Rhineland regional chapter” for authors).

On Sunday morning, a slightly smaller but still considerable number of participants decided to join us for a guided city tour of Paderborn and Germany’s shortest river, the Pader.  Since Sunday mass was in session, we did not have the opportunity to explore the Paderborn cathedral but the building's most important symbol was on display: the world-famous Three Hares.