A Business Fable in 30 Seconds: Navigation 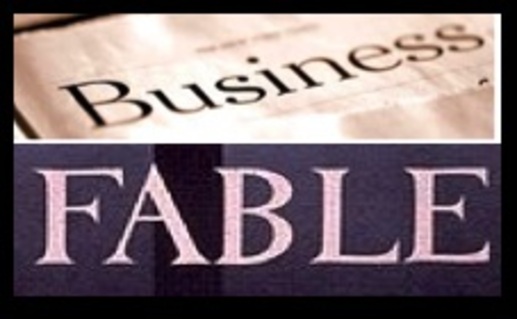 An old pilot regains his desire to fly, so he acquires all of the needed certifications to fly for a popular airline. Sitting down as a first officer, waiting for the lead pilot, a younger flight officer takes a seat at a small table behind the old aviator.

The old man asks "Who are you?" to which he responds "Sir, I'm your navigator." The old pilot, disgruntled, reaches into his bag and pulls out an old military-issue revolver.

The navigator asks, "What's that for?"

The old pilot responds, "Son, I've flown some 5,000 hours and completed 400 combat missions. In all that time, I've never needed a navigator, and I've not once been lost. You get us lost, kid, I'll shoot you dead where you sit." The navigator sat and thought about this for a little bit and then calmly reached into his bag to pull out a small pistol, which he set on his table.

The old pilot asked "Now, what do you think you're gonna do with that?"

Moral of the Story: Know the limitations of your control and recognize that even though you are leading a group, that individuals within the group may know far more than you do.

Navigating Churn in the Real World