Heather Shea-Schultz is an international speaker and consultant. She is coauthor, with Chip Bell, of Dance Lessons: Six Steps to Great Partnerships in Business and Life. 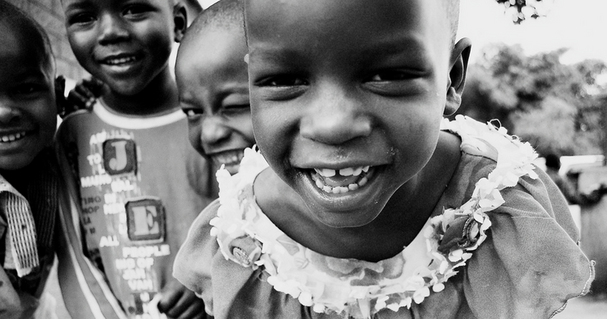 Rural Africa has issues indeed. Jobs are scarce and, as often as not, the cash economy has collapsed. AIDS devastates entire communities.

But a new day dawns. Excitement is in the air. They begin to come. Walking, many barefoot. One mile.Ten miles.Twenty.Two hundred. Two thousand. Ten thousand. More. Men. Women. Young. Old. Very old. Children. Lots of children. All coming to the music festival. It is a very special annual event celebrating the arrival of the computers, and it’s Kenya’s only Festival of Traditional African Music.

The festival is held on top of a hill overlooking the coffee and the maize, and farther below, the fields of ground nuts in Tharaka, up against the 12,000-foot Nyambene Hills, amidst Isak Dinesen’s Africa. We are not “out of Africa,” rather we are smack in the middle of it. Spectacular.

Twenty-seven schools will compete today for prize money. The finalists include Kaaga School for the Deaf, Nkuene Girls School, the Meru AIDS Orphans, and a group of sixty-year-old men from one of the local churches. The old men get special recognition for their jaw-dropping, heart-pounding authenticity. Local oral history and local song and dance now include the computers. The final dance, the Gikuku Kiatho, lifts the entire crowd. The community celebrates the joy of the festival along with the great promise and community pride that come with the computers.

The Canaan Foundation delivers hope packaged in a computer. Since 1998, we have delivered hundreds of used computers, gathered in America, to approximately fifty secondary schools, orphanages, and related institutions, serving tens of thousands of students in Kenya. By design, the Canaan Foundation Trust in Kenya, a sister organization, assumes heavy responsibility for distribution and maintenance. We are creating both a critical mass of computer skill and an economic link with the developed world.

One small step for mankind is education. The more people are educated, the greater their chance to get jobs and to support their families. Computer and information technology are essential to the development of Africa today, but only 1 percent of the world’s computers make their way here.

Maryanne Njeri Mukita, student president at Nkuene Girls School, exclaimed, “I think the project is great. I’m happy about it because we get access to the computers and learn how to use them. If you want to work you must know how to use a computer. We are privileged to get the computers.”

For us, we get warm smiles, hugs, and the knowledge that we can change the world. For them, school enrollments soar. Test scores rocket up. Jobs are found. Futures exist.

“But there is no electricity in those villages. You can’t use the Internet, there aren’t even phones. You’ll never get the computers through customs. Companies will never bother to give you their used computers. It’s too much trouble,” they said.

We are currently collecting and delivering several hundred more computers to Africa. Got computers? We’ll take them.

Heather Schultz is co-author with Chip R. Bell of Dance Lessons: Six Steps to Great Partnerships in Business and Life (Berrett-Koehler, 1998) and Online Learning Today: Strategies that Work (Berrett-Koehler, 2002) with John Fogarty. An international consultant and speaker, she is the former president of Tom Peters’ company and the executive director of The Canaan Foundation.