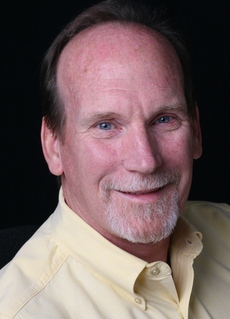 Oakland, CA – The Berrett-Koehler Group, Inc. which is the parent company of Berrett-Koehler Publishers, Inc. is excited to announce that Michael Hannigan has joined its Board of Directors. Michael is President and Co-Founder of Give Something Back Office Supplies, California’s largest independent B-to-B office supply company.

“We are delighted that Michael has agreed to join our Board,” states BK president Steve Piersanti. “Michael brings deep passion and a wealth of knowledge about socially conscious business practices and that is a large part of BK’s mission. And we have been impressed by Michael for creating a company that is not only a B-Certified but also a Founding B-Corporation.”

In his role as President and Co-Founder of Give Something Back Office Supplies, Michael helped create a company, modeled on the Newman’s Own food company, where GSB’s profits are donated to non-profit groups selected by its customers and employees.

Michael spent most of his career in management for business products as well as being active in political community activism. Wanting to combine his values and his business expertise, he saw an opportunity to use the power of business to further the goals of community service through funding non-profit organizations.

He brings over 20 years of experience in all aspects of business management and social activism. In addition to leading his company to garner dozens of awards including Corporate Grant maker of the Year, US Small Business Administration Business of the Year, and an award from Paul Newman and John F. Kennedy Jr; Most Generous Companies in America.

Michael holds an undergraduate degree in Philosophy from U.C. San Diego and his M.A. in Criminology from U.C. Berkeley. A member of the Social Venture Network, Hannigan lives in Berkeley, California.

Michael joins seven other members of the Berrett-Koehler Board. Two Board members represent the management and staff of Berrett-Koehler Publishers, and the rest of the Board members are outside directors who represent BK’s various stakeholder groups, including shareholders, customers, suppliers, service providers, sales partners, and the communities in which BK is embedded.

Berrett-Koehler Publishers is a leading independent publisher of print and digital books and other resources on leadership, management, socially responsible business, organizational change, career development, personal development, community development, economic justice, and social change. Its mission is “Creating a World That Works for All.”

Unlocking the Subtle Forces that Change People and Organizations

The Power of Spirit