Don M. Frick co-edited the book On Becoming a Servant Leader and contributed chapters to other books on the subject of servant leadership. 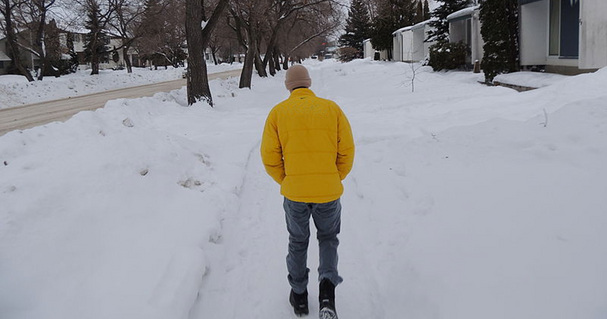 In 1959, at the age of nine, Joe Gomeztagle immigrated with his family from Mexico to northern Indiana. His parents insisted that he work hard, read widely, get along with people, and make his mark in life by taking responsibility for the whole community, especially “the little people” less fortunate than him. He respected his elders and followed their advice.

In 1991 Joe’s neighbor told him she might lose her house because of high property tax bills. He looked into the matter and discovered that Indiana’s property tax assessments were wildly inconsistent, even in the same neighborhoods. It was neither fair nor constitutional, but things had been that way since 1851. One tax official told him, “This is only a problem in your township.” “That was a lie,” said Joe, “but what really made me mad was when a legislator said, -This is next to impossible to change.’ Don’t ever say that to an immigrant!”

Joe became an expert on Indiana’s arcane tax laws and began a one-person crusade to make a difference. He took vacation days and dropped by the offices of legislators and public officials to chat, ask questions, and share his dream of a better Indiana. He testified at hearings, organized free public forums, gave interviews, and listened patiently and deeply. Some people pulled him into their offices, closed the door, and said, “I can’t say this publicly, but keep it up.” Others-the true opponents who realized that their empires of power and money were at stake-worked to discredit Joe’s motives, but he was not building or protecting any turf or running for office. “The only thing I’m running for is the kitchen table,” said “Joe Taxes,” as he was now being called.

Even those who were threatened by a change of the status quo could not help but like this unfailingly positive Mexican-American who did not come across as a bitter, judgmental tax evangelist but as a fellow seeker who calmly but persistently invited them into a collaborative effort to improve their state. The Indiana Civil Liberties Union and other interested parties soon joined the cause.

The Indiana Tax Court finally declared Indiana’s assessment procedures unconstitutional and in 1998 the Indiana Supreme Court upheld the decision. When the legislature adjourned in 2002 without complying with court orders to restructure taxes, Joe took vacation time, donned a heavy jacket, and walked 150 miles from Gary to Indianapolis to publicize the issue. He took no sides on the competing proposals that had deadlocked the two parties; he simply asked that legislators go back and finish their work. By the time Joe Taxes reached the capital city, the governor had called a special legislative session for May where the issue was settled.

Incredibly, this one enthusiastic, dedicated person changed an unfair system that had existed for 150 years. “If you want to make a difference,” says Joe Gomeztagle, “don’t give up. Learn how to fight by using any negative energy on behalf of the cause.”