The Most Surprising Political Event of 20 Years 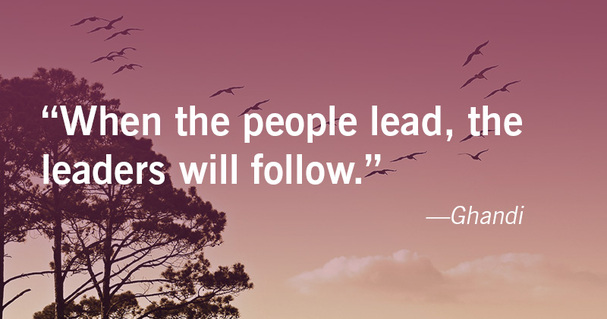 In honor of the 20th Anniversary Edition of When Corporations Rule the World , we discussed with David Korten the opportunities and perils of this moment in history, with regards to corporate rule.

Since you are coming out with a 20th anniversary edition of When Corporations Rule the World, may I ask— what has been the most surprising corporation-related political event in the past 20 years?

It is what is happening at this moment. The established political landscape is suddenly disintegrating and reconfiguring in dramatic and unpredictable ways. The sudden and unanticipated political shock may create a historic opportunity to end corporate rule and achieve true democracy. Here, in brief summary, is the drama now playing out.

Those of us who seek a world that works for all shed tears of joy when Barack Obama became president. We looked to him to be our champion in a global confrontation with corporate rule and to lead us to a world of peace, justice, and a healthy natural environment for all. We then watched in dismay as Congressional Republicans mobilized to destroy his presidency and block his every positive initiative.

Within just the past few months, the unbelievable has happened. The Congressional Republicans who previously mobilized to crush President Obama now rally behind him as his loyal base in support of his drive to put the final nail in the coffin of democracy, worker rights, and environmental protection. The vehicle is the Trans Pacific Partnership and a string of related international corporate rights agreements. Obama’s primary opposition now comes from his former base, including most of the Senators and Representatives of his own party.

The remaining Democratic Senators and Representatives who still back President Obama risk defeat in the next election by Democratic voters outraged by their support for the president’s attack on the progressive principles they elected him to advance. The Republican senators and representatives who now are backing Obama have similarly outraged conservative voters for whom national sovereignty is sacred by joining with a president they promised to oppose to advance an international corporate rights agreement that subordinates national sovereignty to secret international tribunals. This outrage from across the political spectrum, creates a potential for significant turnover among incumbent Senators and Representatives of both parties in the 2016 elections that has potential to drive a dramatic and much needed reorganization of U.S. politics and the U.S. Congress.

President Obama’s strongest opposition now comes from within his own party, which is reorganizing around the leadership of Elizabeth Warren and Bernie Sanders—two highly skilled populist politicians who combine a deep understanding of Wall Street with unquestionable integrity. Both of these two extraordinary, inspiring, and principled leaders have the potential to attract support from across the political spectrum—including from principled conservatives looking for leaders of genuine integrity. Meanwhile, Hilary Clinton, President Obama’s presumptive successor, flounders on the sideline trying to find a political footing in the rapidly shifting political landscape.

Meanwhile, in a very different arena, Pope Francis, leader of humanity’s historically most conservative and imperialist religious institution is positioning the Catholic Church as a leading moral voice in opposition to money worshiping capitalism’s drive to subordinate people and the rest of nature to the cause of enriching the rich.

From Asia, there are little noted reports that some leaders of China, the world’s most powerful communist nation and most successful capitalist nation, realize that China now suffers the worst dysfunctions of both communist and capitalist ideologies. According to these reports, some among them are seeking a path to a post-modern ecological civilization grounded in political decentralization, appropriate advanced technologies, and a reverence for life and simple living.

This convergence of events creates the most important moment of opportunity of the past 20 years to confront and begin to dismantle corporate rule. Perhaps the new edition of When Corporations Rule the World may turn out to be as relevant to this moment in history as was the first edition when it launched in 1995.

How can we encourage our candidates during the next election cycle to “change the story” and save the earth from corporate rule?

The growing awareness that we are in deep crisis as a species is driving the current breakdown and realignment of established political alliances. Hope for a positive reconfiguration lies with a corresponding human awakening to our true nature as living beings born of and nurtured by a living Earth itself born of a living universe. With this awakening, comes recognition that healthy placed based living communities serve the human interest far better than do money driven global corporations. As the awakening spreads, we the people will replace the politicians who don’t get it with those who do.

In the words of Gandhi, “When the people lead, the leaders will follow.”

Yes. We must absolutely demand that our politicians vote against measures that advance the corporate interest and for measures that advance the human interest. The larger goal, however, is to replace the politicians stuck in the imperial mindset of corporate rule with 21st century politicians who side with democracy and strong just and sustainable national and local economies. Current votes on Fast Track and the Trans Pacific Partnership provide an initial test by which to distinguish between the two.

One of the privileges of the work I do is that it daily connects me with amazing people at the forefront of the growing global social movement that is changing the story to change the future—each in his or her distinctive way consistent with his or her unique gifts and situation.

I just returned from two conferences. The first was a conference on Seizing an Alternative: Toward an Ecological Civilization conference at Pomona College that brought together 1,500 influential thought leaders, including a very large delegation from China. All are engaged in rethinking every aspect of human thought and knowledge. Then I did a preliminary launch of the 20th anniversary edition of When Corporations Rule the World at the annual conference of the Business Alliance for Local Living Economies in Phoenix. That gathering drew some 500-community business activists dedicated to creating Main Street economies as a counter to corporate rule and the Wall Street economy.

Next week I do a launch event at the annual Unitarian Universalist General Assembly in Portland, OR, which will draw some 5,000 to 6,000 faith leaders at the forefront of rethinking the role of the faith community in creating a world that works for all. All these groups are asking the same essential questions and converging on their respective versions of a common foundational story. Each year there are thousands more such gatherings around the world involving hundreds of millions of people—each person with his or her own leadership role.

The breadth and diversity of leadership is a defining characteristic of the social movements of the 21st century. Rather than organizing around a few high visibility leaders, they self-organize around countless leaders. This gives them enormous power and makes them virtually impossible to suppress.

A Living Economy for a Living Earth